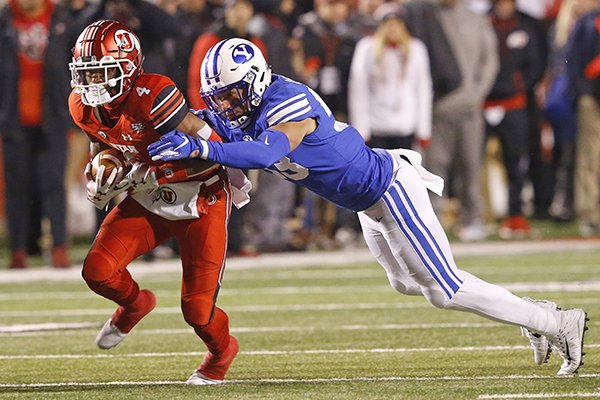 That was not the case with the University of Arkansas’ most recent schedule addition, a two-game series in 2026 and 2028 with Utah, starting with a game in Salt Lake City.

“So Mark Harlan, the director of athletics at Utah, and I have a very close friendship,” Arkansas Athletic Director Hunter Yurachek told the Arkansas Democrat-Gazette. “He was looking for a series against another Power 5 school as we were. We had a void in ’26 that we were really struggling to fill, and the dates worked.”

“It was really easy to work this out,” Yurachek said. “Sometimes football scheduling, contracts, agreements take so long to work out. Because Mark and I have such a close friendship, we really got this done in about a week.”

Yurachek said Julie Cromer Peoples, the UA senior deputy AD, worked to schedule the Razorbacks’ series against BYU in 2022-23, and that Arkansas wasn’t necessarily seeking teams from the western U.S. in its nonconference scheduling priorities.

“Utah has traditionally been a very strong program. That’s what makes that game appealing,” he said. “As Chad Morris builds his program, those are the types of opponents we want to be playing. Not necessarily where the geography is but the quality of the opponent.”

The Razorbacks now have their SEC-mandated annual Power 5 or major independent opponents set through the 2028 season.

The Razorbacks are operating in 2019 in the second year of a nonconference-scheduling waiver granted by the SEC due to Michigan breaking an agreement for 2018-19. The Razorbacks lost to Colorado State last season and host the Rams in September.

Yurachek said he’d like marquee series in back-to-back seasons to become the norm beginning in the 2029-30 seasons.

“You’d prefer to do them back-to-back like that,” Yurachek said. “We had some holes in the schedule for various reasons, like with Texas coming here in 2021 as kind of the long-range return game. Then you’ve got the Notre Dame series in ’20 and ’25. So it really made the scheduling very challenging.

“That’s what was very appealing about the Utah game, it filled the void in ’26 and ’28 with Oklahoma State in ’27. Then we can start looking for back-to-back year home-and-home series.”