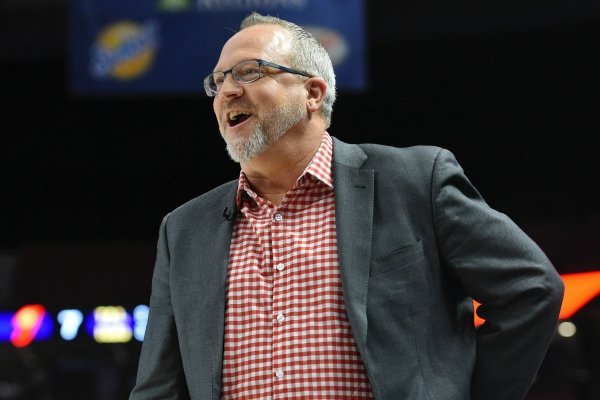 FAYETTEVILLE — Arkansas’ women’s basketball team will play two games in the Bahamas Hoopfest Classic during the week of Thanksgiving.

The Razorbacks will play Fordham at 3 p.m. Central on Nov. 29 and Wisconsin at 6 p.m. on Nov. 30 at Kendal G.L. Isaacs Gymnasium in Nassau, Bahamas. The games were announced Tuesday by Youth Education & Sports Foundation, a Springdale-based nonprofit that is the sponsor of this year’s classic.

Other teams participating in this year's classic are Lehigh and Ball State.

“We’ll be playing two good teams - one NCAA Tournament team and one that’s a Power Five down there,” Arkansas coach Mike Neighbors said Tuesday during an event in Fort Smith. “We always try to take a tournament outside the continuous United States, if we can, during the non-years that we play overseas during the offseason.

“We’ll be going down there for the holidays and it will be a good chance for our fans to get some sun around Thanksgiving, and get a little competition in, too.”

Arkansas is playing Wisconsin in a Thanksgiving weekend event for the second consecutive season. The Razorbacks rallied from a 15-point deficit to defeat the Badgers 69-68 last November in Nashville, Tenn.

Fordham, which won the Atlantic-10 Conference, is coming off a 25-8 season in which it played in the NCAA Tournament.

Arkansas has yet to release its 2019-20 schedule, but eight nonconference dates are known through other schedule releases or open records requests. The Razorbacks are scheduled to host New Orleans (Nov. 8), Oral Roberts (Nov. 14), Belmont (Nov. 20), Kansas State (Dec. 7) and Tennessee-Martin (Dec. 29), and travel to California on Nov. 24 for the start of a two-year home-and-home series.

In May, Neighbors said Arkansas would play a game against Arkansas-Little Rock next season at Verizon Arena in North Little Rock. A date for that game has not been announced, but Neighbors said it will be played in either November or December.