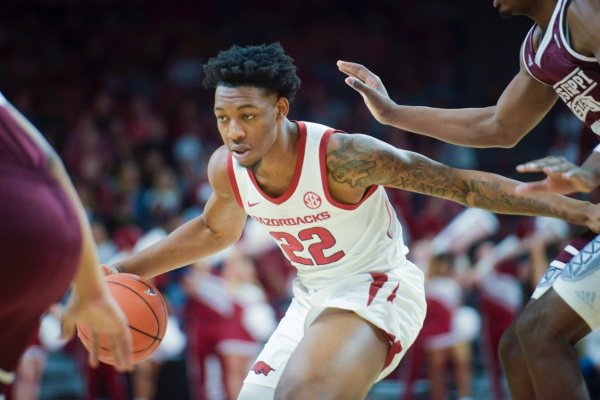 FAYETTEVILLE — Gabe Osabuohien announced Monday on his Twitter account he is transferring to West Virginia - less than one week after he was dismissed from the Arkansas basketball team by Razorbacks coach Eric Musselman.

Osabuohien, who is from Toronto, will have to redshirt this season at West Virginia in accordance with NCAA transfer rules, then he’ll have two seasons of eligibility remaining.

In two seasons at Arkansas, he played in 54 games, including eight starts, and averaged 2.4 points and 2.5 rebounds.