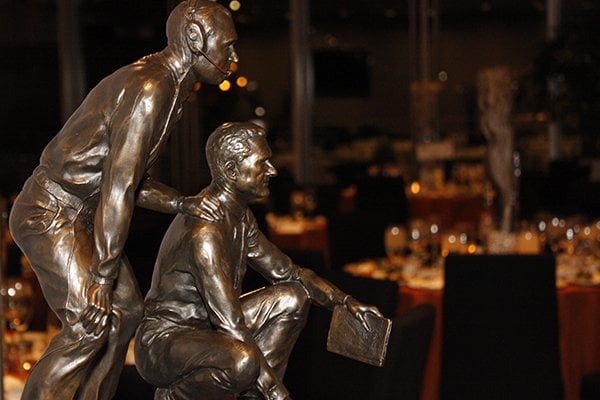 Five first-time finalists were named for the 2019 Broyles Award on Monday.

The winner of the award, which goes to the nation's best assistant coach, will be announced during a banquet next Tuesday at the Marriott Hotel in downtown Little Rock.

The Broyles Award is named for former Arkansas head coach and athletics director Frank Broyles, and is presented by the Broyles Foundation. The award is in its 24th season.