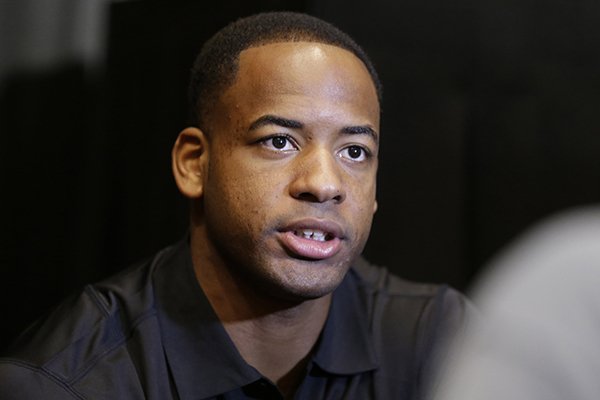 Carter has spent the past four seasons as a defensive analyst at Missouri. At Arkansas he will be reunited with former Mizzou head coach Barry Odom, who was hired as the Razorbacks’ defensive coordinator last week. Arkansas has also hired former Missouri offensive line coach Brad Davis to the same position.

As a player at TCU, Carter was a three-time All-Big 12 Conference selection, including a first team pick as a senior in 2014. Carter had 13 interceptions during his final three seasons at TCU, the most by a Big 12 player during that time.

Rhoades has spent the past 13 seasons at Hutchinson, where he has a 99-48 record. Hutchinson went 10-2 this season and won the Salt City Bowl.

Rhoades was also head coach at Fort Scott (Kan.) Community College for one season prior to Hutchinson. His career record is 106-53.

Rhoades played two seasons at Hutchinson before finishing his college career at Western Illinois and Northwestern Oklahoma State. Rhoades was recruited to Hutchinson in 1993 by Pittman, who was at the time the head coach of the community college.

With Rhaodes and Carter, Pittman has filled half of the 10 on-field jobs on his staff. In addition to hiring Odom and Davis from Missouri, Arkansas has retained receivers coach Justin Stepp from the previous coaching staff.