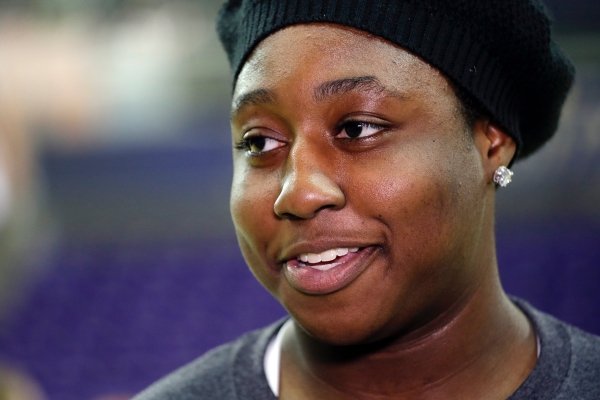 FAYETTEVILLE — With the hopes of filling the vacancy on his coaching staff quickly, Mike Neighbors picked up his cell phone and shot a text to a familiar name.

One of Neighbors' former players at Washington, forward Chantel Osahor, was on the receiving end of that message. He later called Osahor to gauge her interest in the program's assistant coaching position previously held by Lacey Goldwire, who in late April parted for a similar job at Tennessee under former Lady Vols standout Kellie Harper.

Chantel Osahor was hired to a renewable 12-month contract that pays $100,000 per year, according to public records.

"I really don't know what you mean," Osahor, 23, initially told Neighbors upon being offered the job.

Entering his third season with the Razorbacks, Neighbors gave Osahor the weekend to think things over and asked her to call back on a Monday with a decision.

Osahor, who had served as a graduate assistant at Drake University since August 2017, was officially hired on July 5. Soon, a pair of faces - Osahor as a player and Neighbors as her coach - that captured the nation during Washington's memorable run to the Final Four in 2016 will share the same sideline at Arkansas and their next adventure will begin.

The last two weeks have been a whirlwind for Osahor. Opting to leave Drake and head coach Jennie Baranczyk, who has led the program to three consecutive NCAA Tournament appearances, an average of 27 wins and a 53-1 record in Missouri Valley Conference play in that span, wasn't easy. It was far from it.

Osahor was not allowed to recruit for the Bulldogs, per NCAA rules, but she did get to sit in on team meetings and provide input to the coaching staff.

"I had the best GA job in the world, to be honest," she said. "Jennie Baranczyk prepared me for this opportunity. It was a dream come true for me, honestly. I owe a lot to her. ... They're a top-25 program there, so it's a mid-major and all of that, but it was really good to be around.

"It was hard, but I know (Neighbors) and it was an opportunity I couldn't pass up." 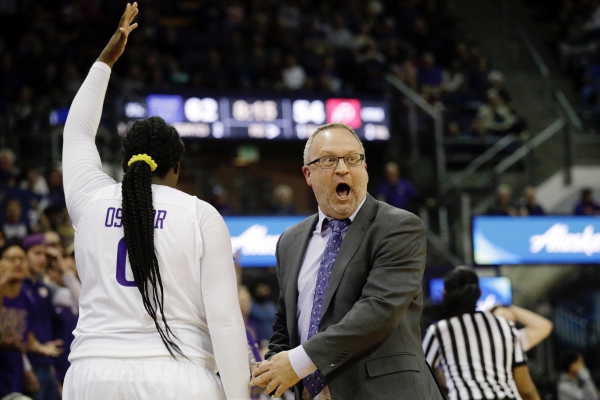 Osahor and Neighbors to this day share a unique relationship, but it didn't truly begin to blossom until the summer of her sophomore year because of their differing personalities. Neighbors is unreserved and outgoing; Osahor is a self-proclaimed introvert.

That summer, Neighbors read author Susan Cain's book titled Quiet: The Power of Introverts in a World That Can't Stop Talking, which helped him better understand the admittedly shy Osahor.

They bonded over an affinity for reading. Then she began playing golf - only for fun, she said - and their connection continued to grow.

Osahor, a 2017 All-American and the second Washington player to score more than 1,000 points and grab more than 1,000 rebounds in her career, believes the trust built throughout their time together as player and coach is a primary reason Neighbors elected to bring her on board at Arkansas.

"At my age it's rare for someone to be in this position, so I don't take it for granted. I'm very, very, very thankful that he even thought of me," she said. "We have a very close, honest and respectful relationship. I will be honest with him and he will be honest with me. He knows that I know myself and he knows that he knows himself, and I think we really trust each other.

"He knows that I'm very knowledgeable of the game, he knows that I can teach it very well and I think he also knows I can be there for the players. I'm very close to their age, so I went through what they're going to go through and what they are going through. I can be a mentor for them and be their shoulder to lean on."

Less than a month into the job, Osahor, who has been charged with instructing the Razorbacks' forwards, feels as if she's been around the program for years. Even at Drake, she kept up with Arkansas, following its run to the SEC Tournament championship game and appearance in the WNIT quarterfinals in March.

She is most excited about the process, the journey and what's possible for a program that won 22 games - a nine-win improvement over 2017-18 - in Neighbors' second season.

"I think we can be really good now and in the future," she added. "Just (knowing) what it takes to get there, I definitely think the ceiling is high for this group and future groups to come.”

Osahor is looking forward to bringing "something different" to Arkansas' staff and impacting lives through basketball. It's her purpose and passion in life, she says.

"I was very blessed to have the coaching staff I had in college. I still talk to all of them obviously, like every day. The impact they had on me, I am who I am today because of them. Being able to give back is the least I can do.

"And being able to see kids go on after college and be what they want to be and be successful is what wakes me up every day."