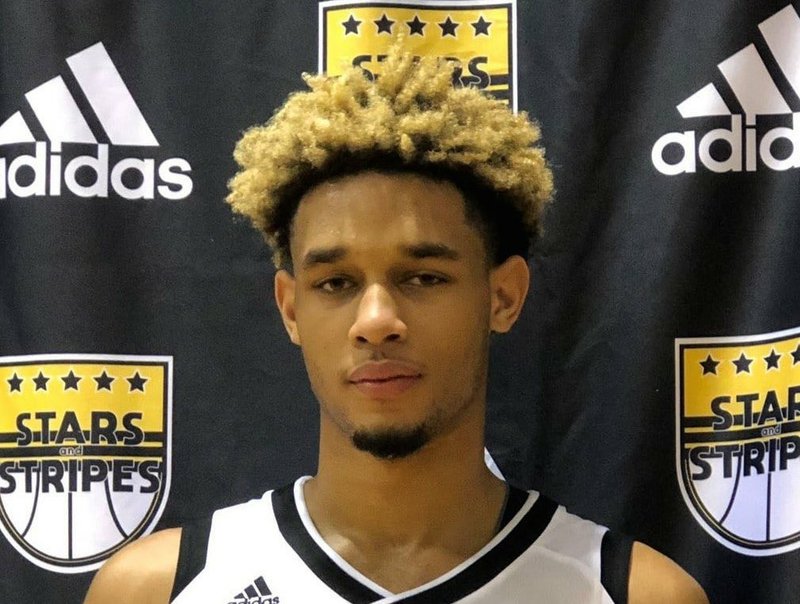 Arkansas may have been the first Power 5 school to extend a scholarship offer to wing Quevian Adger, but it likely won’t be the last.

Adger, 6-7, 200 pounds, of iSchool Entrepreneurial Academy in Coppell, Texas, had offers from Tulsa, Creighton, Central Connecticut State and Louisiana Tech before the offer from the Razorbacks.

He plays for coach Brian Nwelue and 17-under BMM on the Under Armour Circuit. Nwelue, who also coaches iSchool Entrepreneurial Academy, said Adger’s size helps his game.

“He has really good size for a perimeter player, for a wing,” Nwelue said. “He’s long. He guards 1-4, he can get out and get through screens while guarding perimeter players, he can block shots on the weak side. He has a high motor and offensively can make shots from all three levels. He makes tough shots.”

Adger's steady improvement over the last few years has seen him go from one of the less-talented players in Nwelue’s program to one of the best.

“He’s just a quick learner and he gradually continued to get better and better,” Nwelue said.

“This summer was his first summer where he’s the main guy on the team,” Nwelue said. “Coaches got to see him in a different light and not in a reserve role.”

Adger averaged 14.5 points, 7 rebounds and 1.5 assists on the Under Armour Rise Circuit. Nwelue has talked to Arkansas assistant Corey Williams about making an unofficial visit soon.

“I talked to coach Williams about getting him up to Fayetteville,” Nwelue said. “We’ll be looking toward the beginning of the school year. Like, school starts like August 13, so maybe within the first couple of weeks would be best for him to come. A time when school has already started at Arkansas so we can come see the campus with students and things like that.”

Other Power 5 schools are starting to show interest.

“There’s already been some schools, like Kansas State, that have reached out,” Nwelue said. “There are actually some other high-major schools, for example, Illinois, who has kind of been watching him to wait and see.

"I think with Arkansas being the first one to pull the trigger on him, there will be more to come probably pretty soon.”