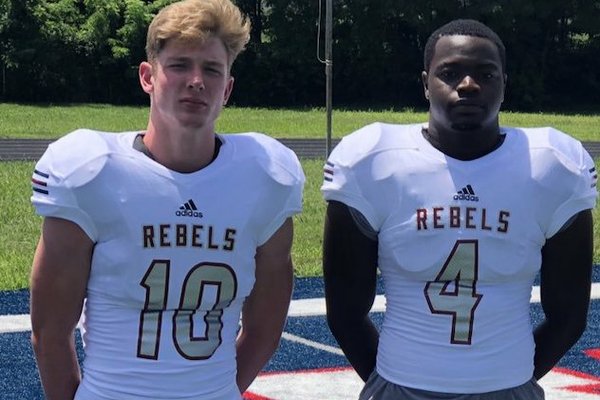 FAYETTEVILLE — About this time last year Arkansas went on a run of landing recruits, and it appears that could be about to happen again.

“I just couldn’t wait any longer,” said Francis, who became the 12th Arkansas pledge of the 2020 recruiting class.

“It just really felt like family,” Francis said. “That is the feeling I have gotten throughout the recruiting process with the Arkansas coaches. I just feel very comfortable with the coaches and everything. It just feels like the right place.”

Francis' pledge comes six days ahead of the Razorbacks’ Woo Pignic recruiting push next Friday. His decision was between Arkansas and Purdue.

“I got it down to those two schools and visited both again, and just liked Arkansas more than I did Purdue, which was not as good the second time around,” Francis said. “It also helped that the Arkansas coaches were really cool about not pushing me too hard to commit and let me do it on my own time.”

“He has had great success putting guys in the NFL and just making them successful people off the football field,” Francis said. “It also shows that he really knows what he is doing, is good at his job and is one of the best around.”

Francis had 89 tackles last season, including 18 stops for lost yardage and 7.5 sacks. He also blocked a field goal and a blocked punt.

Francis made a name for himself as a sophomore when he had 91 tackles, including 29 for lost yardage and 11 sacks, and 2 interceptions as an outside linebacker.

“I think I chase the ball really well and have a great nose for the football,” Francis said. “I am moving to inside linebacker this year so I am working to pick that up more.”

“Tyrece is one of my best friends, sees the same things in Arkansas that I do and has the same goals I have, and that’s to be successful both on the field and off,” Francis said.