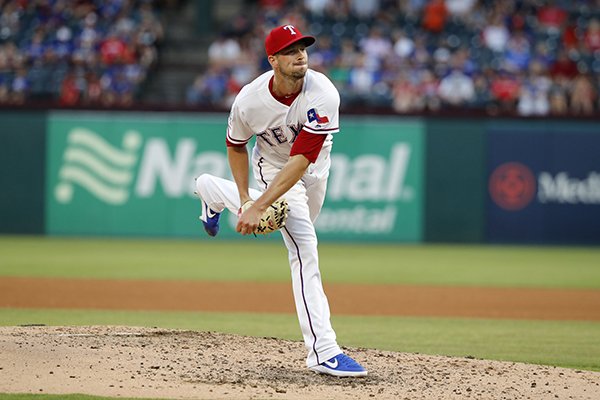 PITTSBURGH — Left-hander Drew Smyly finalized his contract with Philadelphia and was set to start against Pittsburgh on Sunday in his Phillies debut.

The 30-year-old was 1-5 with an 8.42 ERA in nine starts and four relief appearances this year for Texas, which released him on June 25.

Smyly signed a minor league contract with Milwaukee on July 1, went 1-0 with a 4.97 ERA in three starts for Triple-A San Antonio, then on Thursday exercised his right to be released. He agreed to the deal with the Phillies on Friday, pending a successful physical.

Philadelphia becomes responsible for paying Smyly $211,855, a prorated share of the $555,000 major league minimum. That will be offset against the $7 million salary he was owed this year by the Rangers, who got him from the Chicago Cubs. Smyly didn't pitch in the majors the past two seasons because of Tommy John surgery. Texas signed him to a $10 million, two-year deal.

Phillies right-hander Nick Pivetta was moved to the bullpen to make room for Smyly, who entered Sunday 32-32 with a 4.19 ERA in 94 starts and 75 relief appearances in six major league seasons that also included time with Detroit (2012-14) and Tampa Bay (2014-16).

Right-hander Fernando Salas was designated for assignment to open a roster spot.