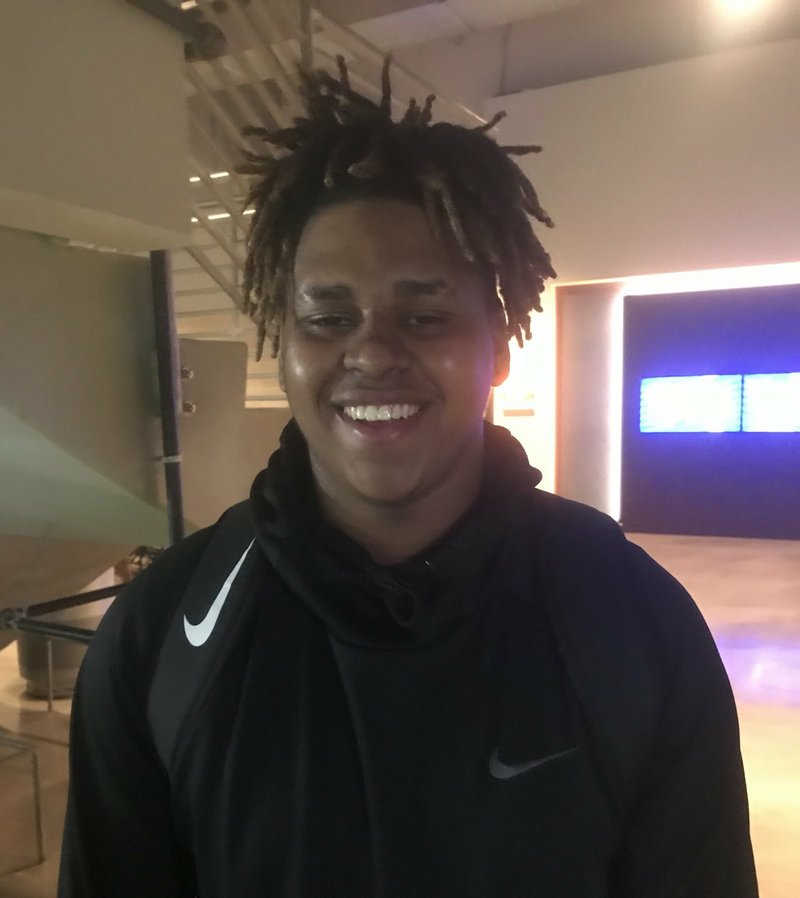 FRISCO, Texas -- Offensive lineman Trent Pullen wasn't expecting a scholarship offer from the University of Arkansas, so the Hogs caught him off guard when they extended one Thursday.

Connally Coach Shane Anderson gave him the good news about the Razorbacks.

"The offer from Arkansas was unexpected," Pullen said. "I heard a lot from the coaches, but I just didn't keep touch with them until one day ... Coach Anderson talked to me and said, 'We need to make a call, Arkansas just offered you.' I was surprised. I was real happy."

The Hogs also offered his teammate and running back Jay'Vieon Sunday in October. Sunday plans to visit Fayetteville on Saturday, and Pullen may do the same.

"I haven't decided yet, but I think we are, though," Pullen said.

Pullen was one of the standouts at the Dallas The Opening Regional on Sunday at the Dallas Cowboys' Star complex in Frisco, Texas.

He's not that familiar with Arkansas.

"That's why I want to go up there and get to know more," Pullen said.

He and Sunday have discussed playing together in college.

Pullen, who's also looking to visit LSU and Kansas State in the near future, doesn't plan to drag out his college decision.

"I really want to make my decision before my senior year, if not sooner," he said. "Everybody is asking me where I'm going, when I'm going to commit. It's starting to get real. I don't want to say stressful, but it's just the topic."

Pullen has a 3.5 grade-point average and is planning to major in exercise sports science so he can become a coach.

"It's just my love for the game, I just want to surround myself with sports and football, mainly," Pullen said.