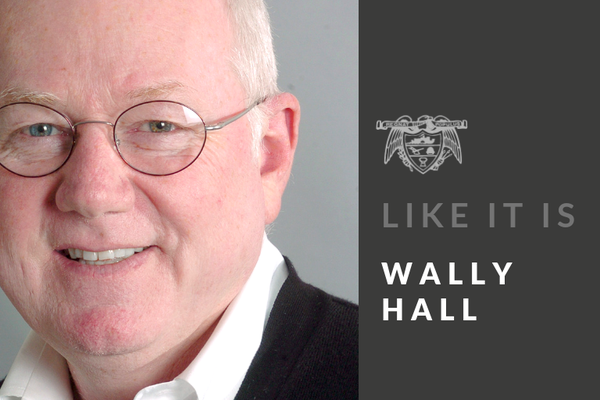 Editors note: This column was first published on Sunday before the Razorbacks basketball team accepted an NIT bid.

If the University of Arkansas football and basketball programs ever have been where they are now at the same time, it was before my time that has spanned the past 40 years.

The football team went 2-10, didn't win an SEC game, and just had the No. 23 recruiting class in America, which puts the Razorbacks in a position to maybe finish ninth or 10th in the SEC.

There is some optimism, as head Coach Chad Morris speaks only in positive tones. Time will tell.

The basketball team finished tied for ninth in the SEC despite having Daniel Gafford, the best big man in the league. He will enter the NBA Draft, and there isn't another Gafford coming to campus next season.

An 8-10 SEC record got the Hogs a No. 9 seed in the SEC Tournament, where they scored six field goals in the second half, gave up 19 offensive rebounds and were beaten soundly 66-50 by No. 8 seed Florida. They don't need to bother to watch the NCAA Tournament selection show today. They can tune in later to see if they make the National Insignificant Tournament, which is the consolation prize for the 32 teams who don't make the Big Dance.

Exactly how UA got here is a little mind-boggling. Granted, baseball and track are doing great. Softball also is ascending, but those are not revenue-producing sports.

Can it be traced back to when Frank Broyles started to suffer memory loss and had to have help doing his job? Like Broyles or not, he was a great leader. Not perfect, but he built a successful athletic department in a small corner of a mostly poor state.

He was slow to hire and quick to fire if he felt someone wasn't going to make the program one of the most competitive in the old Southwest Conference and later in the SEC.

It is too soon to say Hunter Yurachek, the UA athletic director, has the same heart and passion about winning as Broyles did, or if he's from the new school that sees his job as raising money and building facilities.

Under Broyles, Arkansas athletics never needed a dime of state taxes. While that is still true today, one can only wonder for how long. The SEC Network money may not be there forever.

Across the nation, ADs are concerned about attendance at football games. The fans who enjoy the game-time experience are getting older, and shuttle buses and long lines are more of a challenge. Young fans bypass those obstacles by staying home with their TVs and phones.

Razorback basketball attendance has been slipping, too.

One thing is certain: Broyles would have unceremoniously shown Morris the door if he got to year three or four and wasn't in a bowl game every year.

Perhaps if we separate all the layers from the onion, we can see that maybe the issue at hand is a lack of leadership from top to bottom. Why else do so many answers have to come from the UA board of trustees?

Today is another sad day for everyone in the basketball program, from coaches to players and especially the fans as they are once again left out of the NCAA Tournament.

This is a program that cried "no respect" in 1994 when it was a No. 2 seed in the NCAA Tournament. It has been a long, hard fall.

The NIT is dangling, but that only scratches the itch of mid-level programs or ones on the rise, not a program like Arkansas used to be.