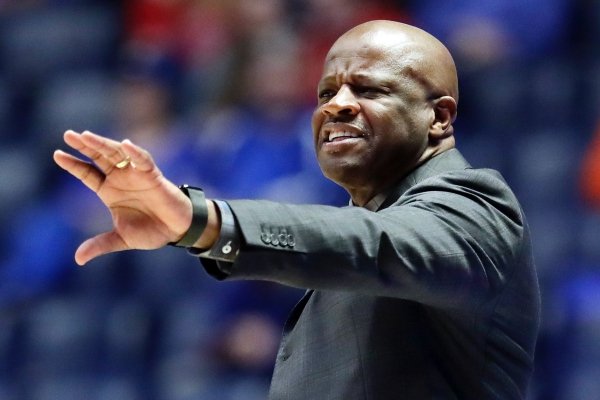 FAYETTEVILLE -- Upon firing Tuesday Arkansas Razorbacks Men's Basketball coach Mike Anderson, Athletic Director Hunter Yurachek asserted basing his decision upon "a review of the program including an analysis of the past eight years."

Too bad nobody apparently clued Arkansas' second-year AD about the nine years previous to those eight.

Twice Arkansas didn't and for the worse. Don't be surprised if again the UA proves the worse replacing him because it fired him.

Those nine years upon firing Richardson, the Razorbacks under Stan Heath then John Pelphrey went a collective 151-130.

In those nine years, Anderson -- his first four taking over an Alabama-Birmingham program, 13-17 just before his arrival, and his last five at Missouri inheriting a program under investigation from the scandalous Quin Snyder regime -- went 200-98. He garnered an NIT and three NCAA Tournaments at UAB, one a Sweet Sixteen and three NCAA Tournaments, one an Elite Eight at Missouri.

Off the court there's no comparison.

Between Heath and Pelphrey, Dana Altman resigned just one day on his Arkansas job, spotting the dismal grades he knew would spawn scholarship reducing NCAA Academic Progress Rate penalties and did.

As four SEC teams began the week celebrating being in the Sweet Sixteen, one (LSU) suspended its head coach whose name prominently surfaced in the FBI's investigation of college basketball illegalities. Another (Auburn) fired an assistant pleaded guilty to conspiracy to commit bribery. Auburn's head coach previously was fired in 2011 at Tennessee for lying to the NCAA, which of course put the Vols on probation.

Current Tennessee Coach Rick Barnes, like Anderson reputed to run a clean program, coached last year's SEC co-champions and attained this year's Sweet Sixteen with what he developed from a young 15-19 team in 2016 just like Anderson had hoped to develop these young 18-16 Hogs.

But there's always some hot Sweet Sixteen or better coaching commodity nationally coveted until cooling at his next locale.

So, from the UA Chancellor's Office, Athletic Department and Board of Trustees, spare us, please, the rhetoric that upon whomever you hire you place an integrity premium Arkansas deserving as a university and state.

If that truly was their Arkansas concern, Mike Anderson still would be Arkansas' coach.