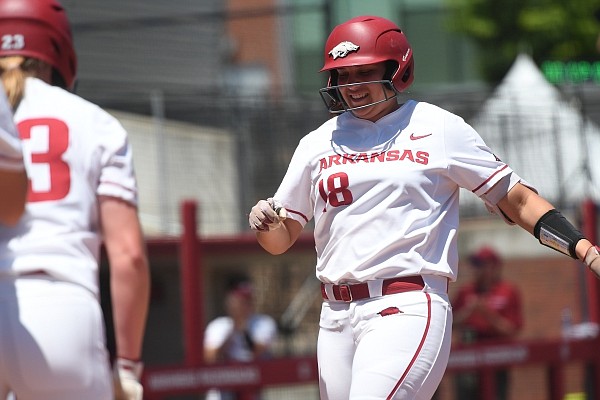 Two Arkansas softball players were honored by the Southeastern Conference on Monday following the Razorbacks' weekend sweep of No. 23 Auburn.

Junior right-hander Autumn Storms was named SEC Pitcher of the Week after striking out eight Tigers batters over 13 innings pitched. She gave up just four hits in six innings on Sunday and picked up her team-leading 20th win of the season.

Senior Ashley Diaz was named SEC Co-Player of the Week as well. Diaz, in her final regular season game at Bogle Park, hit a go-ahead two-run home run in the first inning. The home run was her ninth of the season and 30th of her career, moving her into fourth place on Arkansas' career home runs list.

“I thought Ashley was incredible today and has been so consistent for us for so long,” Razorbacks coach Courtney Deifel said Sunday. “It was just great to see our seniors go out on such a positive note. They all deserve it.”