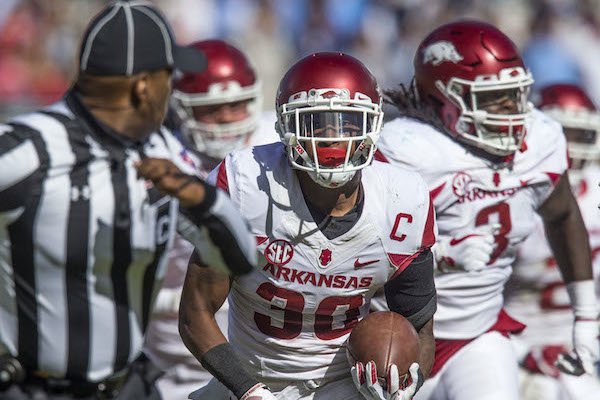 Richardson, a former walk-on from Jacksonville who became a starter and team captain with the Razorbacks, racked up 125 tackles, 4 interceptions and 8 pass breakups during his five-year career.