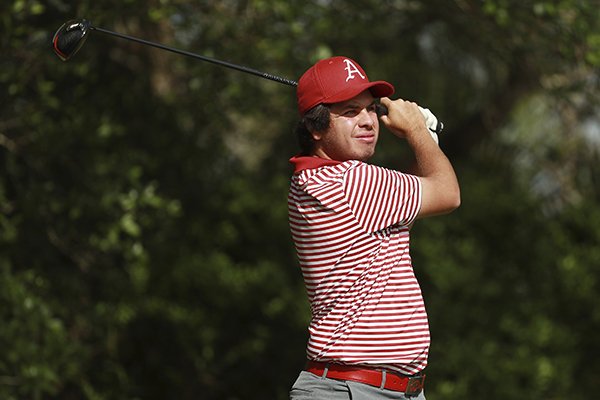 FAYETTEVILLE — University of Arkansas golfer Julian Perico was named Thursday to the SEC’s All-Freshman team as voted on by league coaches.

Perico, a native of Lima, Peru, finished sixth at the NCAA Austin Regional on Wednesday and qualified as an individual for the NCAA Championships, which will start May 24 at Blessings Golf Club in Fayetteville.

Arkansas sophomore Landon Ernst was named to the SEC community service team. Arkansas junior Mason Overstreet was named the SEC’s Scholar-Athlete of the year prior to the Razorbacks’ winning the SEC championship two weeks ago.