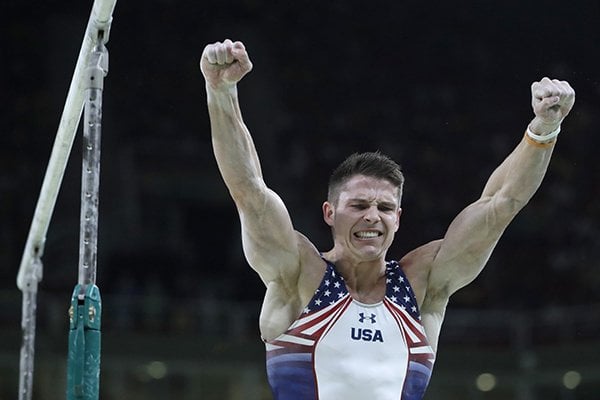 FAYETTEVILLE — University of Arkansas gymnastics Coach Jordyn Wieber has hired Chris Bogantes and Chris Brooks as the top assistants on her inaugural staff.

“Chris Bogantes has the experience and coaching ability that we need to take this program to the next level,” Wieber said in a release.

Brooks, a seven-time All-America gymnast at Oklahoma, was most recently on the Sooner’s men’s staff and served as an assistant for the women’s team at Nebraska prior to that. Brooks was an alternate on the 2012 U.S. Olympic team and served as team captain for the USA at the 2016 Olympics in Rio de Janiero.

“Chris Brooks will be an incredible addition to this coaching staff,” Wieber said.

Wieber and Brooks reported a pre-existing dating relationship to UA officials prior to the hiring of Brooks. Because of the relationship, Brooks will report to sport administrator Chris Pohl, a UA senior administrator, rather than Wieber, per UA policy.