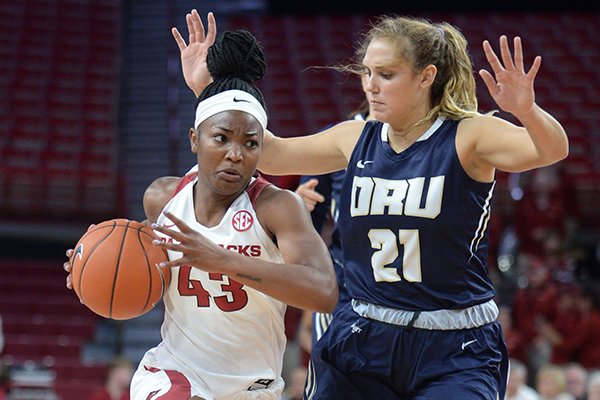 Daniels, a Frederick, Maryland, native, is the first Razorbacks freshman to earn the honor since Jailyn Mason in Jan. 2017.

Daniels averaged 20 points, three assists and two rebounds in Arkansas’ wins over Oral Roberts and Stony Brook last week. She scored a career-high 27 points on 8 of 11 shooting - 6 of 7 from 3-point range - against Oral Roberts.

The 27 points are the most by an Arkansas freshman since Jessica Jackson scored 31 against Ole Miss in Jan. 2014. Daniels is averaging 15.5 points and leads the Razorbacks in assists (3.3) and steals (1.8) per game this season.

Arkansas (4-0) returns to action Wednesday when it hosts Belmont at 7 p.m.