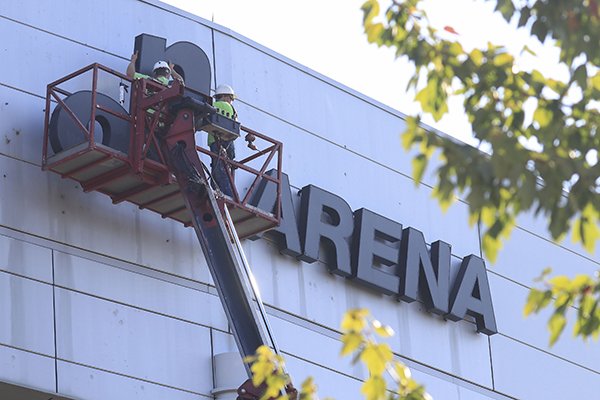 The arena opened in 1999 as Alltel Arena and the name was changed to Verizon Arena in 2009 following a merger between the Alltel and Verizon corporations. Verizon did not express interest in extending its naming rights last year, said Michael Marion, the arena’s general manager.

Arkansas' men's basketball team has played 20 games at the arena and has an 11-9 record. The Razorbacks are scheduled to host Valparaiso there on Dec. 21 at 7 p.m.

Earlier that day, at 1 p.m., a game will be played between the Arkansas and Arkansas-Little Rock women's basketball teams at the arena.