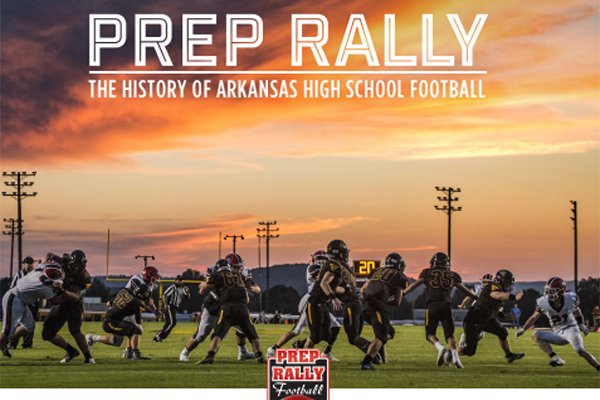 I have been working on the book the Northwest Arkansas Democrat-Gazette is printing on the history of high school football in Arkansas.

Everyone is going to want it. You can pre-order it now by calling our circulation office at 1-479-521-6482 or visiting ar-hsfootball.pictorialbook.com.

It’s a rich picture book, but some of the columns included have the kind of detail that gets me fired up as a writer. I handled two stories: one on the history of football at Little Rock Central and the other on the memories of coach John Outlaw.

I have helped track pictures from all over the state over the last six weeks. Sometimes, I had to drive to pick them up. My own book — if I ever write it — will include a chapter on retrieving pictures of Outlaw and a drive through one of the most interesting valleys in Arkansas, along the Mulberry River.

I needed to go from Norfork (where I now live) to near Cass a few Sundays back to pick up some items from Steve Outlaw, the older brother of the late John Outlaw. Steve said he had photos of John at his cabin on the Mulberry River between Cass and Oark. There isn’t a great way to make that drive. Well, it’s gorgeous if you take the most direct route. There are no four-lane highways and there are gorgeous vistas. Just go slow and enjoy the scenery. I did for almost four hours.

So off I went in my Silverado pickup truck. I have a rod vault on the roof of my camper shell that holds three fly rods. They are rigged and ready for action. It’s pretty cool to always be ready to fish if you get some time. These are three 10-foot tubes.

Remember that and that they look a little like the missile launchers that hang from a helicopter gun ship. My truck looks badass, but isn’t really. I’m a fly fisher. Most are kind of tame. We practice catch and release.

I drove on a 100-degree afternoon from Norfork to Harrison, then took Arkansas 43 south to Arkansas 21 and just before Ozone, turned west on a forest service road that is just about one lane wide and dirt. It’s not a bad road. It’s narrow and curvy, but pretty flat. There were six miles of it before you hit the blacktop at Oark that’s Arkansas 215.

I came across a one-lane bridge over the Little Mulberry and parked in the road blocking my path were about 10 motorcycle riders, all of them standing beside parked Harley Davidsons. There was no place for me to go.

You are in the middle of nowhere. There is no cell service. I was worried. They could take anything I had, if I had anything. I thought my camo Orvis ball cap was a dead giveaway that I’m not capable of harm.

But they were in a panic. I just didn’t know. They were fearful of driving their bikes on that dirt road and didn’t know how far it was to 21. On a day trip from Oklahoma, the group was on a big circle ride south on Arkansas 23 (the Pig Trail Scenic Byway), then east on 215 and then 21 back north through the Ponca/Boxley valley to U.S. 412.

None of them had on shirts. They had mostly leather pants and a few had vests. There was lots of long ponytail hair and long beards.

They signaled for me to get out for a talk. Oh, boy, here I go.

The leader walked to me and said, “Hey, we are lost, dude! What you got in the tubes? You rule here, right?”

I said, “5 weights.” That’s what my fly rods in the silver tubes are.

Matter of factly, I said, “I don’t know about that.”

I guess I did rule in that valley. I pulled out my Delorme book with the county topo maps. I don’t go anywhere without them.

The maps rule, not me. I showed them what was in front of them on the Delorme maps and all of the bikers were excited. They were no longer worried about dirt road or lack of cell signal that knocked out their GPS tracking.

One by one, they shook my hand, in their own style and pulled me close for a pat on the back. I gave them the same hug back. They were kind of sweaty and nasty. But it was the best hugs I’ve had in awhile.

Boom, off they went on either side of my truck in a big roar, with a fist in the air as they passed me. I was still standing beside my mean-looking white Silverado. And, I was on to Oark and Steve’s place. And, I didn’t have to fire any missiles.

My heart slowed. Why worry? I rule this valley!

There is nothing like being alone in the middle of nowhere in the Ozarks. It’s fun, but it’s different at the same time.

If you have a better story than this, I want to hear it.

The book project will be memorable partly because of this trip to the Outlaw cabin, but just as much for the chance to sit down with Bernie Cox for lunch in Little Rock to research the chapter I wrote on Little Rock Central.

I’m a 1972 Little Rock Central High School graduate and know much of the football history of the school. First I met my step-brother, Kirby Shofner, a retired LRCHS teacher. He helped me get into the school library where some old yearbooks were found.

Kirby also pulled out of a trophy case a Bulova watch made in 1957 at the end of the 33-game winning streak under legendary coach Wilson Matthews. Kirby found the watch at an estate sale. He purchased it and brought it back for display.

Kirby and I then met Bernie for lunch. The two-hour visit was rich with stories that made the Little Rock Central chapter. During the late portions of the interview I learned that Bernie had coached my college roommates (Leo Crafton and Hal Hunnicutt) at Conway High School, his last stop before following Joe Fred Young to Central.

There was a story there that revealed the love everyone has always felt for Cox and the way high school coaches are treated around the state. Most are underpaid and the community knows it.

“My wife and I arrived at Conway with all of our belongings in a paper sack,” Cox said. “We rented a house with nothing in it. Somehow everyone knew it.

“After practice one day, one of my players said, ‘Coach, go by my dad’s furniture store tonight. He’ll be there.’”

Cox was told to pick out a dining room set. He went to the room where the furniture was cheapest. He was quickly pushed into another room, with nicer stuff.

“We went home with a dining room set and a bedroom,” he said. “I’ll never forget it. We had nothing.”

A few days later a player said, “My dad wants you to come by the Montgomery Ward store tonight. He said you need a lawn mower.’” Cox said he had been borrowing a mower.

The same drill was repeated. Cox picked out the cheapest model, but the store owner pointed to the one he would be given, “One of the best ones on the show room floor,” he said. “I didn’t pay a penny.”

Cox wasn’t in Conway long, but he can name lots of his former players who still think he was “one of the best coaches we ever had in our town.”

Cox said, “Really, I didn’t want to leave Conway, but Joe Fred put me in a headlock and took me to Central.”

Barry Lunney Sr. was a great source for the interviews that I did on several fronts. He loved it when it was revealed that there had been an interview with Cox.

“Bernie Cox is one of our legends,” Lunney said. “He got there during a time that Central had been down and stayed through the time when that district was reducing what they spent for assistants. They never had what other districts had and yet they usually won.”

“I can remember in the last 10 or 12 years he and I were talking and it came up that he might step down,” Lunney said. “I told him, ‘You can’t retire. They may not even replace you.’ We needed him in high school football at Little Rock Central. Bernie was a great coach, but he is a better person - none better.”

The interviews for the Outlaw chapter are among my favorites from the last 20 years. I went to school with John Outlaw at UCA and knew him well. I got huge hugs when he’d come to Arkansas football clinics or bring a player to campus for a recruiting trip.

I did not know Steve Outlaw until a mutual friend, Jeremiah Gage of Ozark, set up a phone interview in July. It was like I was talking to Johnny.

The best story from Steve involved Johnny going to high school football tryouts as a sophomore, probably weighing around 115 pounds. Steve was a senior on the Ozark team.

“We were in the car going to the field house,” Steve said. “I said, ‘Brother, they have a 125 rule. You can’t play if you aren’t that.’ He was well under. He didn’t say anything. We got out of the car and I headed to the door. He was gone, around the side of the field house. He came back and had filled his pockets with gravel. They checked his weight: 125.

“That’s what they listed him at, too. It was great that first year when at the end of the season there was a story in the Fort Smith paper with the all-district team. They listed them by class and the last sentence said, ‘One sophomore made all-district, a 125-pounder from Ozark, Johnny Outlaw.’”

John Outlaw wasn’t a lot bigger when he played defensive back at UCA. I think he played at about 150, nothing but skin and bones.

“I saw Ken Stephens, his coach at UCA, a few years ago and he told me it was a good thing John wasn’t 200 pounds,” Steve said. “Because he said John would have killed people. He hit you with everything he had. He just played so hard.”

John Thompson, who was John Outlaw’s roommate at UCA and his defensive coordinator at Arkadelphia, said the entire football team followed Outlaw as he sprinted the field as an outside gunner on punt teams.

“Of course, he’d want to hit the punt return man, but mostly they didn’t want any part of Johnny,” Thompson said. “They fair caught all of them. So Johnny would just hit the blocking back. They were ferocious collisions. There was no rule against that and he hit someone every single time.”

Clay Henry can be reached at chenry@nwadg.com .