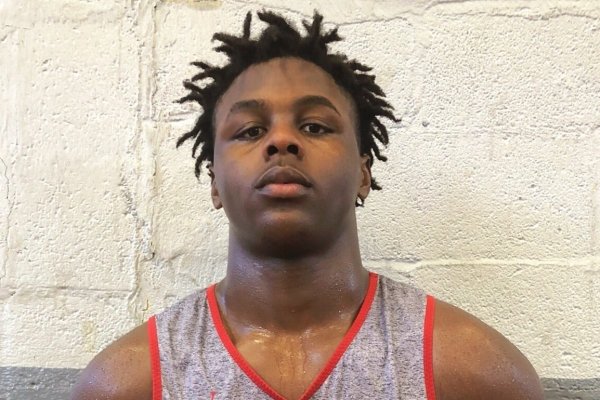 Arkansas is in communication with big man Bradley Ezewiro, and an official visit might happen in the near future.

"He’s telling us we would be good together and we would like playing with each other and we could be like kings of the SEC,” Ezewiro said.

Ezewiro, 6-9, 270 pounds, transferred to Oak Hill from Bishop Montgomery in Torrance, California, for this upcoming season. He reportedly has offers from LSU, Tennessee, Virginia Tech, Arizona State, TCU, New Mexico and others.

He is impressed with the Razorbacks' recruitment of some highly rated guards.

“I know they're recruiting Moses (Moody), KK, Kyree Walker,” he said. “We can recruit a massive recruiting class. We could be, like, crazy.”

Ezewiro averaged 9.9 points and 5.1 rebounds per game while shooting 50% from the field for the Oakland Soldiers in the Nike EYBL action over the spring and summer.

He said he plays physical and has a good midrange game and the ability to score with his back to the basket.

“They want to see if they can get me on an official with KK,” Ezewiro said. “They still have to talk it over as a staff.”

Ezewiro has officially visited LSU and plans to visit New Mexico on Thursday. He hopes to visit Arkansas for the Auburn football weekend Oct. 18-20.

“After that I’m probably going to go to Tennessee,” he said.

He wants a coach that can elevate his game and help him get to the NBA.

“A coach that’s going to push me to be the best I can be," he said. "Coach Muss told me a lot of bigs came through Arkansas. He helped a lot of bigs.”