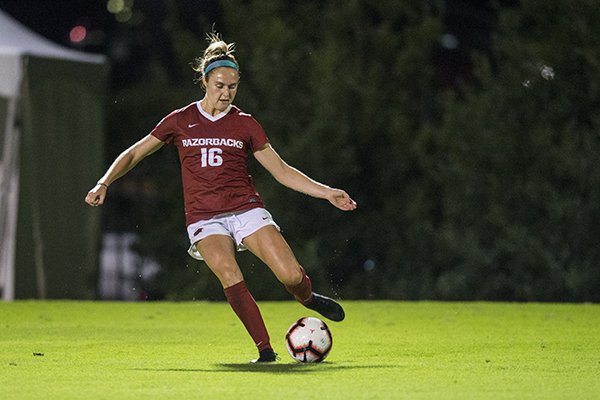 Podojil was named the SEC offensive player of the week for her two games against LSU and Mississippi State in which she combined for four goals and one assist. Podojil had three goals Sunday in the Razorbacks’ 6-1 home victory over Mississippi State.

Podojil has scored 10 goals and has 26 points this season. She is tied for the league lead in both categories, with Vanderbilt’s Haley Hopkins for goals scored and with Texas A&M’s Jimena Lopez for points.

In SEC games only, Podojil leads the league with 13 points and is tied with Florida’s Vanessa Kara with five goals.

This is the fourth time Podojil has been recognized by the SEC with a weekly award. She was the league’s freshman of the week three times in the first five weeks of the season.