Texas CB believes he can step in to help Hogs 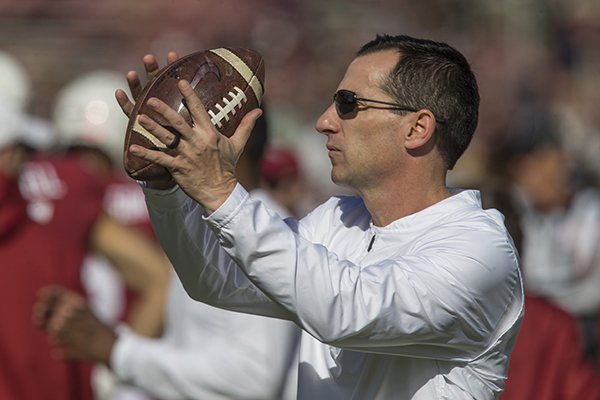 "Coach Smith is always real with me," said McGlothern, who calls Smith his 'guy'. "He always tells me good things. He always has a smile on his face. Whenever I talk to him he's just excited for me to come up there and spend time with him. He's excited to meet me."

He said he and Smith FaceTime which allows each individual the opportunity to see the other while talking.

ESPN also rates McGlothern the No. 27 athlete in the nation for the 2020 class. He had 26 catches for 751 yards, 8 touchdowns and 13 tackles and 3 interceptions while also returning 6 kickoffs for 192 yards for Cedar Hill (Texas) Trinity Christian as a junior.

McGlothern knows of other schools he's looking to officially visit.

"I know for sure I'll take an OV to LSU, Arkansas and I know Oregon," McGlothern said.

He'll either announce his college decision at the end of his season or at the All-American Bowl in San Antonio on Jan. 4. He's paid close attention to Arkansas' games close losses against Texas A&M and Kentucky.

"They fought hard against Kentucky and A&M," he said. "You can tell they're progressing, but they just need a little more help."

McGlothern, who was accompanied by his parents and younger sister on the visit to Fayetteville, believes he can help the Hogs get over the top.

"Especially on the back end if they have a like a top dude on the other team, I feel like I can slow him down," McGlothern said.

Confidence and short-term memory are a must for defensive backs and McGlothern believes he has both.

"You have to be confident because if you're not confident and someone catches over you, you just have to have the mindset to just stay strong and just be that guy," he said.