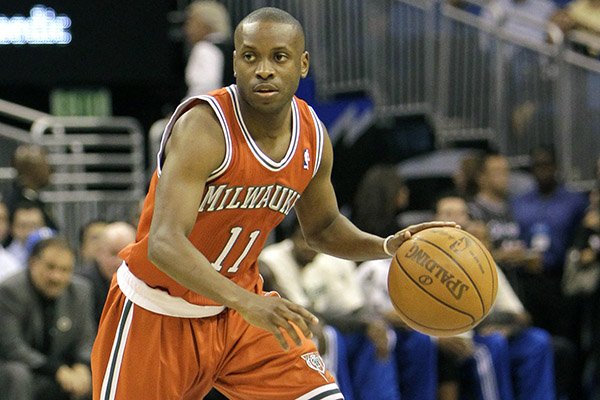 Milwaukee Bucks' Earl Boykins moves the ball during the first half of an NBA basketball game against the Orlando Magic in Orlando, Fla., Tuesday, April 5, 2011.(AP Photo/John Raoux)

FAYETTEVILLE — Arkansas men’s basketball coach Eric Musselman has made another addition to his support staff.

Earl Boykins, who had a 13-year career in the NBA, was hired as the program’s Director of Student-Athlete Development, Musselman announced Monday. Boykins played for the Musselman-led Golden State Warriors during the 2002-03 season as well as when he was an assistant coach for the Orlando Magic.

As a senior at Eastern Michigan, where his No. 11 jersey was retired in 2011, Boykins was an All-American honorable mention and the recipient of the 1998 Frances Pomeroy Naismith Award, which is given to the nation’s best college player under six feet tall. Prior to that, he helped lead Team USA to a gold medal the 1997 World University Games.

Boykins scored 5,791 points in his NBA career and finished with 2,092 assists. He played for 11 different franchises after going undrafted out of college. He also played one season in the Italian League in 2008-09.