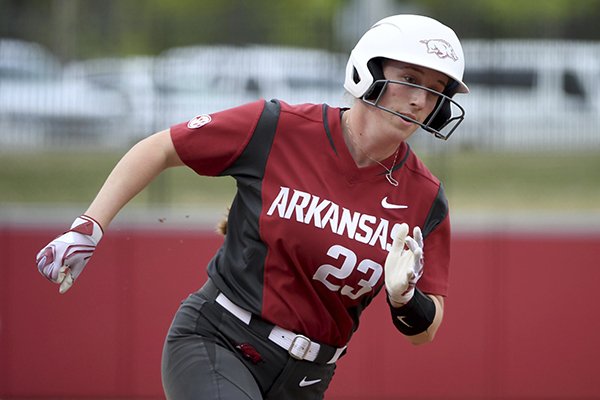 Arkansas outfielder Hannah McEwen was named to the Softball America All-America third team for the shortened season on Monday.

McEwen, a junior from San Diego, had .418 batting average, a .597 slugging percentage and an on-base percentage of .565 that ranked 15th in the country when the season was cut short on March 12.

McEwen led the No. 20 Razorbacks with 27 runs scored and had 6 doubles, 2 home runs, 12 RBI and 19 walks. She had eight multi-hit games for Arkansas, which was 19-6 before the rest of the season was canceled.

It is the third time an Arkansas softball player has been named to an All-America team, and the second time in as many seasons. Pitcher Autumn Storms was named second-team All-America last year by National Fastpitch Coaches Association, and utility player Miranda Dixon was on the NFCA's third team in 2010.