On this date in Razorback history, April 10 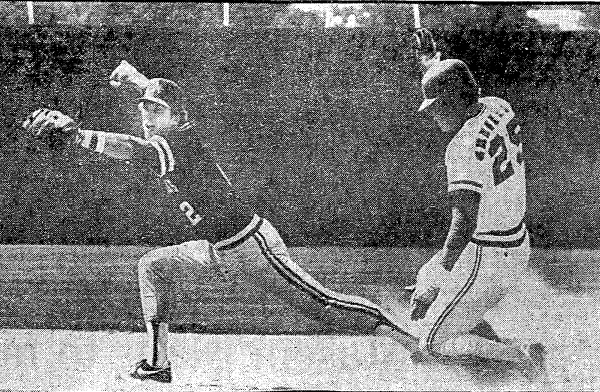 Dave Van Horn has a long past with Texas A&M.

As a head coach in the Big 12 at Nebraska and SEC at Arkansas, Van Horn has shared two conferences with the Aggies and has a 25-18 record against them.

As a player at McLennan Community College in Texas, Van Horn chose to play for the Razorbacks over an offer from the Aggies, and in 2006 he said he wasn’t interested in the Texas A&M job after a report identified him as one of the Aggies’ main targets. Texas A&M ultimately hired long-time Van Horn assistant Rob Childress for the job.

Fittingly, one of Van Horn’s best collegiate games was against the Aggies, 38 years ago today.

Van Horn had 5 RBI in a 16-9 victory over Texas A&M at George Cole Field, giving Arkansas a series win in the rubber game between teams that both had strong seasons, but missed the NCAA postseason when the tournament field included just 32 teams.

Van Horn had one of the game’s biggest hits, a two-run double during a five-run seventh inning after the game was tied 8-8. Van Horn finished the game 2-for-5 with a run scored.

It was part of a big weekend for Van Horn, who had turned a game-ending double play in the opening game of the Texas A&M series to preserve a one-run win. A day after his 5-RBI game, he hit his first home run in a 7-2 victory over Ole Miss.

Van Horn was voted the Southwest Conference newcomer of the year after he led the Razorbacks with a .367 batting average and committed just three errors after a position move from third to second base. He signed with the Atlanta Braves as a 10th-round draft pick following the season.

He returned to Arkansas as a graduate assistant coach from 1985-88, setting in motion a series of events that brought him back as the Razorbacks' head coach in 2002.