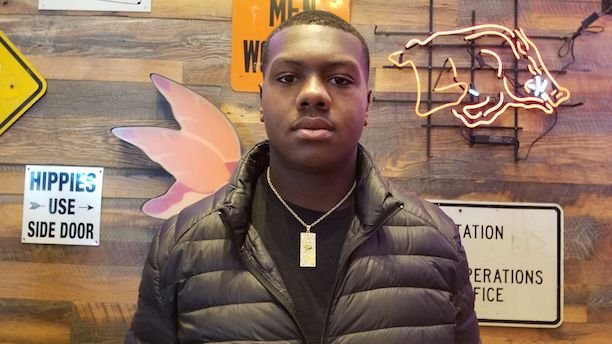 FAYETTEVILLE — When Arkansas 2021 offensive line pledge Terry Wells (6-4, 306 pounds) took the field at 6 a.m. Monday for Wynne’s first official practice, he was a man on a mission.

Like many high school football players in Arkansas, Wells was afraid the covid-19 pandemic was going to keep all teams and players on the sidelines this season.

But late last week Arkansas Gov. Asa Hutchinson gave the go-ahead for teams to begin non-contact practice on Monday and add pads later in the week.

“We are very excited to be able to move a step forward,” Wells said. “We’ve been working hard and getting ready for the season. Our goal is still the same, and that is to win a state championship.”

Wynne, coming off a 7-5 season, is the favorite to win the 5A-East conference this season and ranked fifth in that classification, according to the recently released Hooten’s Arkansas Football magazine.

The Yellowjackets are slated to open the season by hosting Marion on Aug. 28.

Wells, a three-star prospect and Arkansas’ first pledge of the 2021 class, has transformed his body from a 285-pounder to a chiseled 306 pounds in the offseason.

“I’m still around 306. I still feel great because I’ve never stopped working out and getting prepared for the season,’ Wells said. “I just hope everything gets back to normal.”

Although Arkansas coaches have not been allowed to visit recruits the last several months, new Razorback head coach Sam Pittman and his staff have stayed in constant contact with Wells.

“The coaches do an amazing job (of) staying in touch,” Wells said. “I hear from them almost everyday.”

Arkansas has watched its pledge list grow from 7 to 18 in the last two months with Oklahoma City Marshall athlete Bryce Stephens (6-1, 165) joining the mix Sunday.

Wells has joined several other future Razorbacks in recruiting others to commit this spring and summer via a group chat.