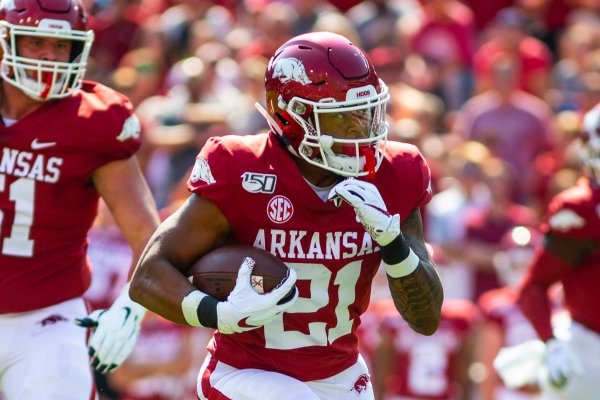 Whaley had signed with the Bengals as an undrafted free agent after the NFL Draft. Whaley, a native of Beaumont, Texas, rushed for 1,807 yards and 16 touchdowns while averaging 4.7 yards per carry in four years with the Razorbacks.

He was the nominal starter in 2018 but was limited to seven games, four of them starts, due to injuries. He was surpassed on the depth chart late in the year by Rakeem Boyd.

The Bengals had two former Razorbacks on their roster for a short while after quarterback Brandon Allen signed with the franchise last week.