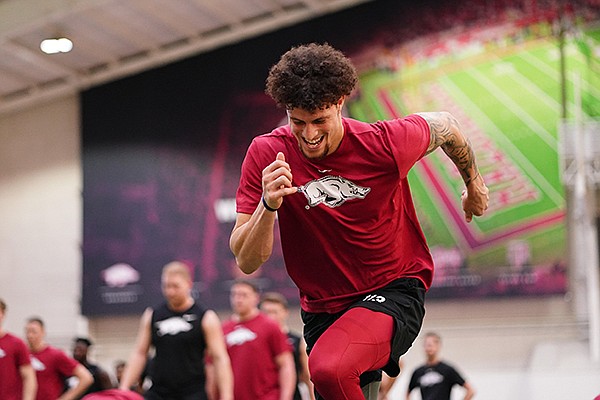 The award is presented annually to the most outstanding senior or fourth-year quarterback in college football. Franks is one of 48 players named to the preseason watch list.

The Razorbacks’ projected starter in 2020, Franks announced plans to transfer to Arkansas from Florida in late January.

"He’s approaching (the 2020 season) like a guy who’s been an SEC starter for two-plus years," Razorbacks football coach Sam Pittman said last week. "He’s a grown man. He’s mature. He’s approaching it like he’s been there before. I think that’s very important for us, especially because we didn’t have spring ball. But we have a guy on our football team that’s played a lot of football at quarterback and won a New Year’s Day bowl as the starting quarterback.

"We have a veteran guy, and I think that’s important. ... We’re awful glad that he’s on our football team."

Over three seasons with the Gators, Franks passed for 4,593 yards and 38 touchdowns against 17 interceptions. He totaled a career-high 2,457 passing yards and 24 touchdowns in 2018.

Franks was Florida's starting quarterback in 2019 when he suffered a dislocated ankle that included a fracture during the third game against Kentucky, forcing him to miss the remainder of the season.