UNDER THE RADAR: Bryant’s Hayden Schrader 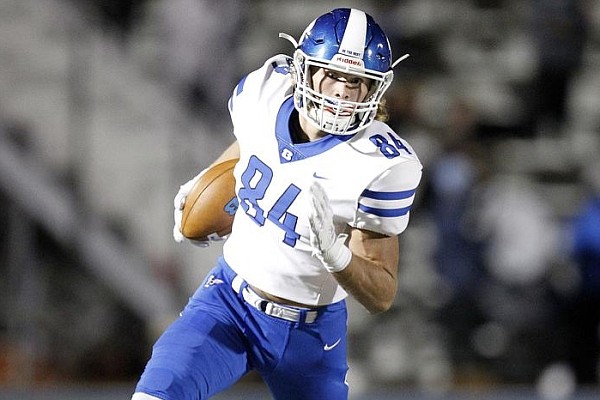 On Wednesdays, we feature an in-state prospect who could be flying under the radar of college coaches. This week's UTR prospect is Bryant’s Hayden Schrader.

“He shouldn’t be under the radar because it’s ridiculous. He’s been doing this since he was a sophomore. I don’t know why he’s not being recruited more than he is. He has unbelievable body control. They double and triple cover him, they’ve capped him, they’ve done everything they can do and he still continues making plays.”

“Robert Yates told me the other night Hayden is a white version of Treylon Burks. He said he’s every bit as good as Treylon Burks. Maybe not quite as fast but nobody catches him.”

Faces NLR for Class 7A state title on Saturday:

“I think maybe something (offers) will happen for him hopefully, especially if he has a good game Saturday in front of a lot of people. I think that would help. He’s lit them up the last three times we’ve played them so hopefully it will be the same kind of thing for him again.”