Myron Cunningham to return for another season 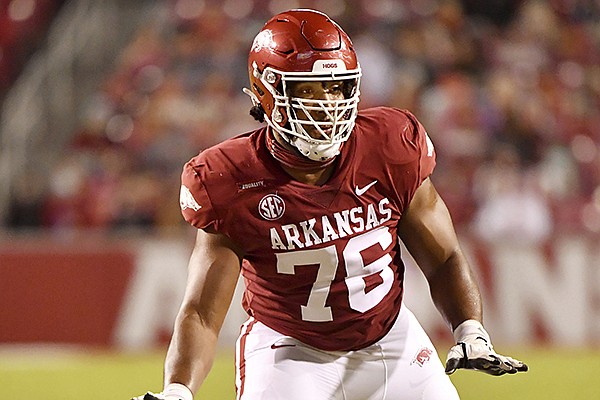 Senior left tackle Myron Cunningham announced Saturday that he will return to play one more season for the Razorbacks.

Cunningham has started 20 of Arkansas’ 21 games — including all 10 this season — since signing with the Razorbacks from Iowa Community College.

Cunningham’s announcement comes a day after redshirt senior and SEC first-team all-conference linebacker Grant Morgan tweeted he would be returning for another season.

Arkansas coach Sam Pittman noted Monday that four seniors had confirmed that would take advantage off the NCAA’s extra year afforded to them because of the coronavirus pandemic. Pittman did not say who those seniors were.

He also noted that three or four other seniors might return as well.