Bailey's plan works to a 'T' 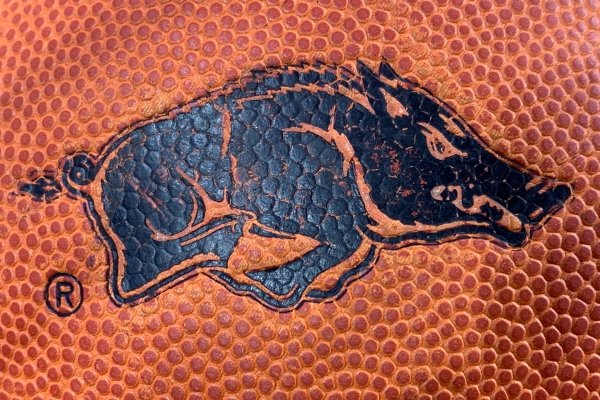 An Arkansas Razorbacks logo is shown on a basketball in this undated photo.

GAINESVILLE, Fla. -- University of Arkansas senior forward Adrio Bailey was looking to get under the Gators' skin.

It worked, and Bailey wound up drawing a technical foul from Florida guard Noah Locke in the Gators' 73-59 victory over the Razorbacks on Tuesday night at Exactech Arena.

During a dead ball with 18:25 left in the second half after a foul call on Arkansas guard Desi Sills, the Gators huddled up at midcourt.

Bailey got close to Locke and Florida forward Keyontae Johnson, and playfully acted as if he was leaning into their huddle and listening to what the Gators were saying.

"I was just trying to get us possession of the ball," Bailey said. "That's it. I knew it would get under their skin, and I just wanted to see how they'd react, and they reacted the way I wanted them to."

Locke and Johnson shoved Bailey, who fell back onto the court.

After lead official Doug Shows watched a replay, he called a technical foul on Locke.

"Bailey tried to come in the huddle, and I felt like it was disrespectful," Johnson said. "It was like somebody trying to come into your house. So we were doing everything we could to get him out of our house and protect our huddle.

"We didn't push him that hard. He flopped. I thought they called the tech on me. I didn't realize it was on Noah."

Florida Coach Mike White said the technical was his fault because earlier in the season when an opposing player whom he didn't name Tuesday night -- but was LSU forward Emmitt Williams -- tried to listen into the Gators' huddle, he admonished his players.

"That tech was on me," White said. "Earlier in the year, we were in a huddle and our guys literally had their arms around one of the players on the opposing team.

"[Williams] was in our huddle, and I took a shot at our guys. I said, 'Guys, this is how disconnected we are at this moment. One of their players is in our huddle. What are we saying to each other? Do we not even realize he's in our huddle?'

"I challenged them, 'If someone ever gets in our huddle again, you better get him out of the dang huddle.' So they got [Bailey] out of the huddle, so that tech's on me.

Arkansas sophomore guard Isaiah Joe missed his fifth consecutive game since undergoing arthroscopic surgery on his right knee Feb. 4, but he resumed practicing with the team Monday, traveled to Florida, dressed out and went through pregame warmups.

Musselman said he's still not sure when Joe will resume playing.

"I don't say anything to an injured player," Musselman said. "He lets me know when he's ready. I'm not asking.

"It's up to the individual player and up to the trainer and the doctor. So we'll just continue to have him practice and see when he's ready to roll."

Musselman was asked whether Joe could play against Missouri on Saturday.

"I just want to keep getting him reps as much as we can [in practice] and see how he feels," Musselman said.

Ethan Henderson, a 6-8 sophomore from Little Rock Parkview, made his first career start for the Razorbacks on Tuesday night.

He had 7 points and 3 rebounds in only 11 minutes before fouling out with 8:55 left.

"Ethan came in and played real good for his first start," Arkansas junior guard Mason Jones said. "He gave us good energy right off the bat.

"He did his job. I look forward to him bringing us more in the games we've got left in the season."

Henderson scored three points on back-to-back possessions -- making 1 of 2 free throws and having an offensive rebound for a basket -- to pull Arkansas within 7-5 with 16:21 left in the first half. But he picked up his third foul at the 14:56 mark, came out of the game and didn't play the rest of the half.

"I thought Ethan, from an activity standpoint, could help," Musselman said of starting Henderson. "For a young player, I thought he showed some growth.

Chaney played just five minutes and was 0 of 1 from the field with 1 rebound.

Last year, the Gators beat Nevada 70-61 in the first round of the NCAA Tournament in what turned out to be Musselman's final game with the Wolf Pack before he was hired at Arkansas.

Florida sophomore forward Keyontae Johnson has been a Hog killer during his last two games against Arkansas after failing to score the first time he faced the Razorbacks.

Johnson was 0 of 2 from the field and didn't attempt a free throw in 12 minutes in Florida's 57-51 victory at Walton Arena last season.

When the teams met again in last year's SEC Tournament, Johnson had 20 points -- the highest scoring game of his freshman season -- and 12 rebounds in 32 minutes. He hit 8 of 14 shots, including 3 of 5 three-pointers, but just 1 of 5 free throws.

On Tuesday night, Johnson had another career-high with 24 points against the Razorbacks. He hit 4 of 7 shots -- 1 of 3 three-pointers -- and 15 of 17 free throws. He also had eight rebounds.

Arkansas guard Desi Sills was called for a Flagrant 1 foul with 7:30 left in the first half when he unintentionally elbowed Ques Glover in the face as he was attempting to drive to the basket.

Glover hit both free throws to give Florida a 30-11 lead, but the Gators failed to score on their resulting possession when 6-11 Jason Jitoboh missed a layup.

Florida won its third in a row over the Razorbacks, who last beat the Gators 80-72 in the 2018 SEC Tournament in St. Louis.

Florida 6-10 senior Kerry Blackshear, a heralded graduate transfer from Virginia Tech who considered Arkansas among other options, was essentially a nonfactor Tuesday night.

Blackshear -- who came into the game averaging 13.6 points and 7.7 rebounds -- had 2 points, 5 rebounds and 6 turnovers in 12 foul-plagued minutes.