Scott responds to UA lawsuit against him 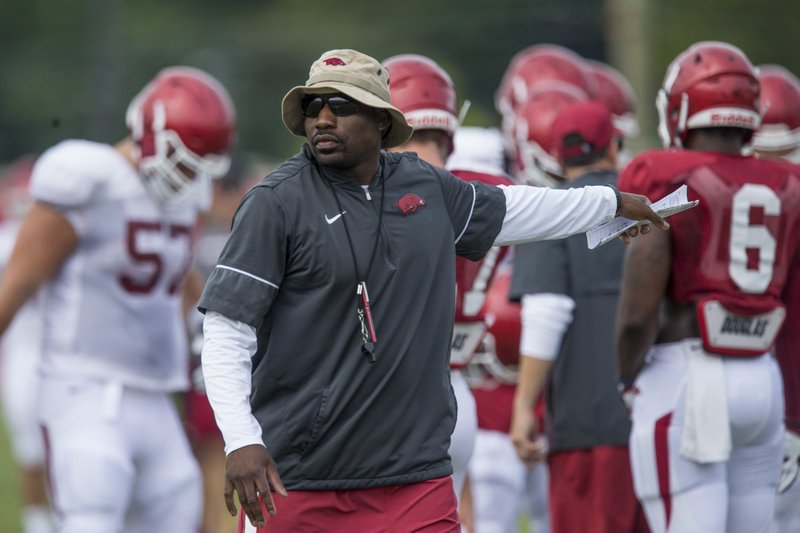 Former Arkansas defensive line coach John Scott Jr., is seen here at a Razorback practice before the 2018 season. Scott's attorney has filed Scott’s response to a breach of contract complaint lodged against him by the UA board of trustees last month.

FAYETTEVILLE -- The attorney for former University of Arkansas defensive line coach John Scott Jr. has filed Scott's response to a breach of contract complaint lodged against him by the UA board of trustees last month.

In the filing made Monday in U.S. District Court for the western district of Arkansas by Memphis-based attorney Alan G. Crone, Scott claimed the complaint is "frivolous, unreasonable and groundless."

According to the original complaint, UA attorney Matt McCoy claimed Scott was contractually bound to pay the UA 50% of the annual salary remaining on the agreement if he left before the term ended. The amount in dispute is $187,862.32.

In Scott's response, he claimed "Coach Chad Morris and Athletic Director [Hunter] Yurachek ... specifically represented the following to the Defendant: Should Defendant accept a position that was better for his family or career, Plaintiff would 'take care of' the buyout provision of the Agreement at issue in this case."

Scott also claimed the UA obtained his consent to the contract "through fraud, deceit, or misrepresentation," and that as a result the deal was invalid.

In a notice of removal filed Dec. 16, Scott and Crone argued the jurisdiction of the complaint was more proper in U.S. District Court because the action "exceeds the sum or value of $75,000" and "is between citizens of different states."