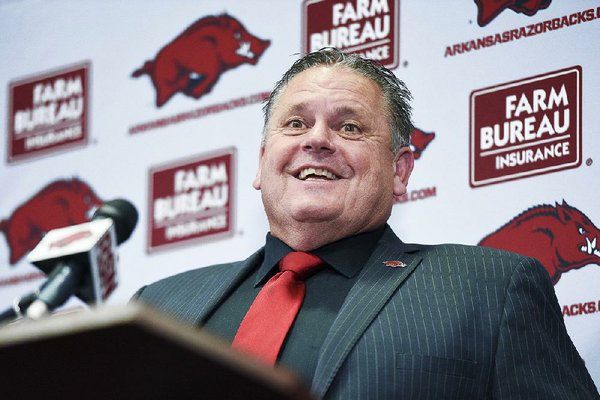 FAYETTEVILLE — Four-star running back Ebony Jackson of Marietta (Ga.) Cherokee now has a tough decision to make between Arkansas and Maryland.

Jackson (6-1, 210) came into his official visit this weekend committed to the Terrapins, but the Razorbacks' visit impressed him.

”It was exciting,” Jackson said. “It felt like a home environment. All of the other recruits, they're like brothers to me."

National recruiting analyst Tom Lemming of CBS Sports Network rates Jackson a 4-star prospect. He missed the majority of his senior year after suffering an ACL injury in the first game of the season. He said his knee is doing well.

"I was supposed to have Rakeem (Boyd), but I had Mike,” he said. “He was just telling me how everybody is family and about all of the fan support."