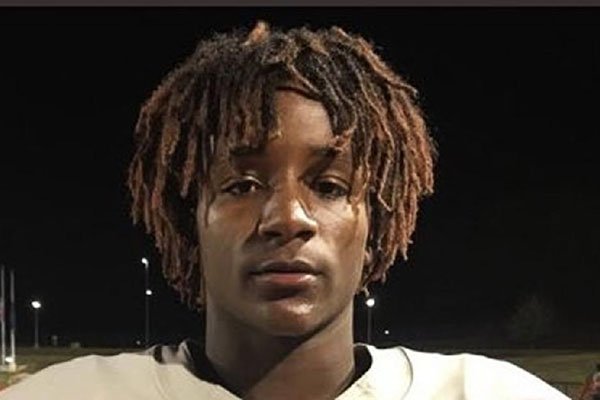 “It was good this weekend,” Williams said. “I had a lot of fun.”

William (6-5, 205 pounds, 4.5 seconds in the 40-yard dash) of Marshall, Texas picked the Razorbacks over scholarship offers from Baylor, Missouri, Texas Tech, TCU, Kansas State, Illinois, Kansas, SMU and others in May shortly after making his first official visit. He reopened his recruitment after the firing of Chad Morris as Arkansas' head coach in November.

He officially visited SMU in December and has plans to visit TCU next weekend.

“The coaches were really on me the whole weekend,” Williams said of his time in Arkansas. “They were talking about how I could catch a bus or ride a plane. I was like, shoot, I am going to make my choice.”

Williams passed for 1,053 yards and 8 touchdowns this season and rushed for 541 yards, an average of more than 12 yards per carry, and 9 touchdowns. He had 12 catches for 121 yards and 2 touchdowns before making a full-time position change to quarterback.

As a junior and he had 43 receptions for 656 yards and 11 touchdowns. He said playing quarterback helped him at receiver.

“It made me get my speed up,” Williams said. “It made me way faster than I did last year. I know the plays more. I know what people do.”

Williams, who said he could see himself being a Razorback again, mentioned his future school’s coaching staff will sway his decision.

“It just depends on how the coaches treat me,” Williams said.