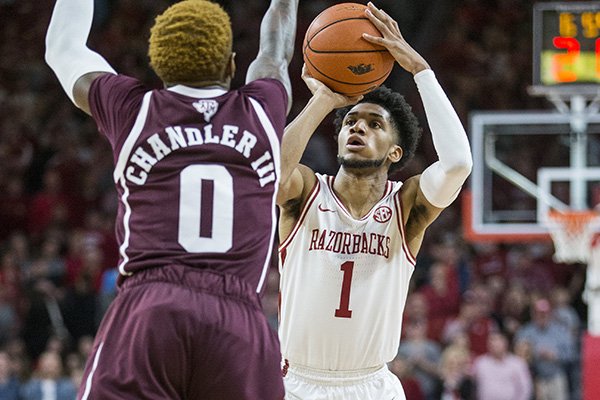 According to a release prior to the Razorbacks’ game against TCU in the Big 12/SEC Challenge, Joe reaggravated the injury in the Jan. 22 loss at Mississippi State.

He did not play against the Horned Frogs after starting the first 52 games of his Arkansas career.

A Fort Smith native, Joe is averaging 16.8 points per game on 36.7 percent from the floor and 34.4 percent from 3-point range. He is also second on the team with 29 steals.

Tipoff on Wednesday is set for 7:30 p.m, and the game will air on SEC Network.