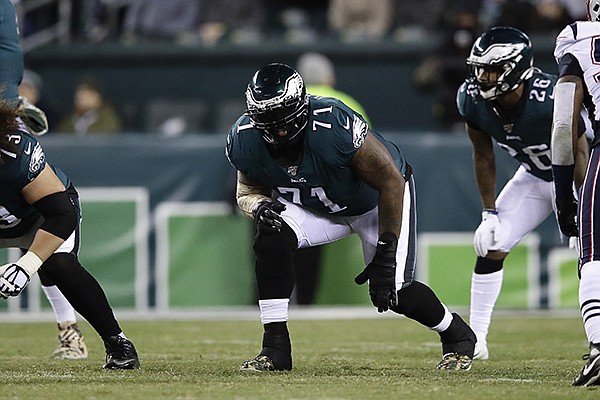 The longtime offensive lineman is signing a one-year deal that includes $3 million in guarantees and is worth up to $6 million, Schefter tweeted on Tuesday.

The plan is for Peters to play right guard — not his longtime spot at left left tackle — for the Eagles after the team lost Pro Bowl right guard Brandon Rooks to a torn Achilles.

The 38-year-old Peters hopes to play until he is 40, Schefter added.

Peters is a nine-time Pro Bowler and has been named to the All-Pro team twice. He won the Super Bowl in 2018 when Philadelphia defeated New England 41-33.

Undrafted out of Arkansas in 2004, Peters originally signed with the Razorbacks as a defensive lineman, but played the majority of his career as a tight end. He earned second-team All-SEC as a tight end as a junior in 2003 when he caught 21 passes for 218 yards and 4 touchdowns.