UNDER THE RADAR: Jonesboro’s Keyln McBride 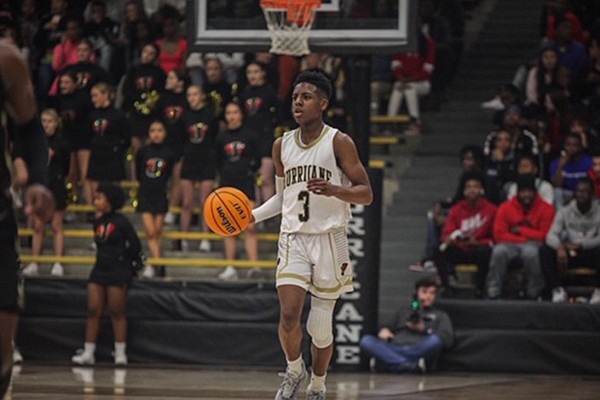 Jonesboro guard Keyln McBride is one of the top shooters in the state of Arkansas.

On Wednesdays, we feature an in-state prospect who could be flying under the radar of college coaches. This week's UTR prospect is Jonesboro’s Keyln McBride.

Stats: Averaged 18 points, 2 rebounds and 1 steal per game as a junior.

“That’s why I think he’s under the radar. We had Kahron Ross come through here and graduated in 2014. Kahron was an undersized guard that was really, really skilled and went on to have a great career at Lehigh, but I’ll always say to this day I feel like he should’ve gotten an opportunity in a higher level conference and I think Keyln is kind if in the same boat. He doesn’t pass the eye test when he walks out on the court but the dude is skilled. He’s as skilled as a player as I’ve coached, especially from a scoring standpoint. He led us in scoring with 18 points a game. In two years here as a sophomore and a junior, he’s already made a 142 threes, which is even 10 more than even Desi (Sills) made. I think Desi is second in my 11 years at Jonesboro with threes made with 132 in three years, and Keyln has made a 142 in two (years) and he’s shooting 45% from the 3-point line. He’s shooting 52% from two point and he's a career 90% free throw shooter. There’s just not many 40-50-90 guys, especially with the schedule we play. We play one of the toughest schedules in the state...and this year as a junior he was circled on everybody’s scouting report, and he still put up those kind of numbers.”

“He did it having arthroscopic surgery knee surgery on Halloween night last year. He didn’t get to rehab his knee like it needed to be. He lost most of his quad in his left leg as the season progressed and he had to have his knee drained five times throughout the season just to get him through the year. After our last game, he was shut down for three months to rehab his quad. Had there been an AAU circuit he wouldn’t have been able to participate any of the spring. (He) was hopefully going to be ready in July, but obviously thats a moot point.

“He basically did all that on one and a half legs. His leg is a lot better now that he’s taken his time to go through the rehab. If that dude is full speed next year, I just think he’s a going to have an incredible senior season.”