After domestic assault arrest, Tennessee dismisses DL who once committed to Arkansas 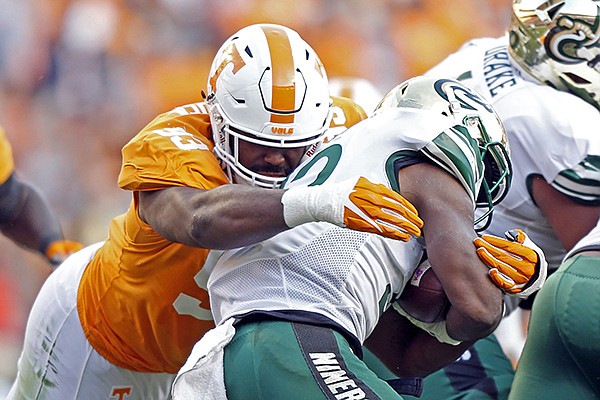 Gooden was arrested Thursday morning and charged with throwing a glass candle jar at his girlfriend during an argument. She talked to an officer from the Knox County Sheriff's Department at the University of Tennessee Medical Center where she received three stitches around her left eye, according to the incident report.

The defensive lineman made 33 tackles in 2018 after transferring from a junior college. Gooden was previously committed to Arkansas, but de-committed in 2018 following a coaching change.

He missed last season with an ACL injury, and the redshirt senior was expected to be play a key role on defense this season.

He is the second player dismissed from the Tennessee program this summer. Running back Tim Jordan was dismissed in June after a May arrest in Florida on gun and marijuana charges.