UNDER THE RADAR: Jacksonville’s Jordan Maxwell 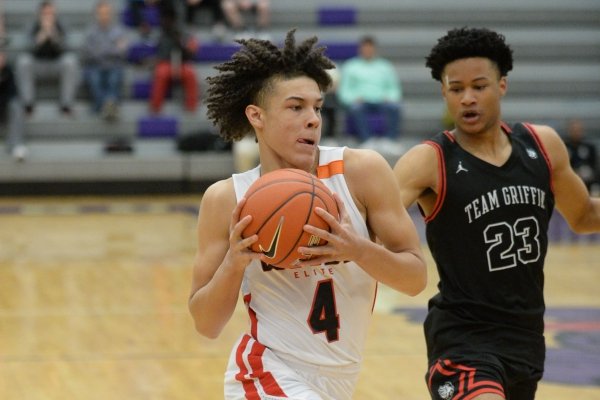 On Wednesdays, we feature an in-state prospect who could be flying under the radar of college coaches. This week's UTR prospect is Jacksonville’s Jordan Maxwell.

Stats: Averaged 10 points, 5 rebounds per game and shot 64 percent from the floor as a junior.

“He tore his ACL in January and was getting some looks from low D-Is and some junior colleges. Good, athletic kid that can get to the rack, finishes well, plays hard, rebounds. The biggest knock is he doesn’t have a consistent jumper and what position he’ll play in college, but he’ll be good enough to switch 2-4 in college and be able to guard some lower-high post players, small guys, small forwards.

“Jordan is a more of an above-the-rim player. He elevates well. He’s more of a strong jumper than he is a quick jumper. He catches lobs for us, rebounds and putbacks. He’ll hit an outside shot every now and then. Last year he didn’t take too many because we needed him down low. He’s got good post moves. He’s got good footwork, skill work. That’s something we’re going to hit on more for him to be stronger at this year.

“He played really well for us at King Cotton. Even in non-conference, he guarded some guys. He did a really good job playing against (Fort Smith) Northside and was able to hold his own against Jaylin (Williams), who’s with the Hogs now.

“Good IQ player. I think two years at either a prep school or a junior college will help him a ton to help get him back. He was able to guard him on the outside and guard him in the post because he was a little stronger.”