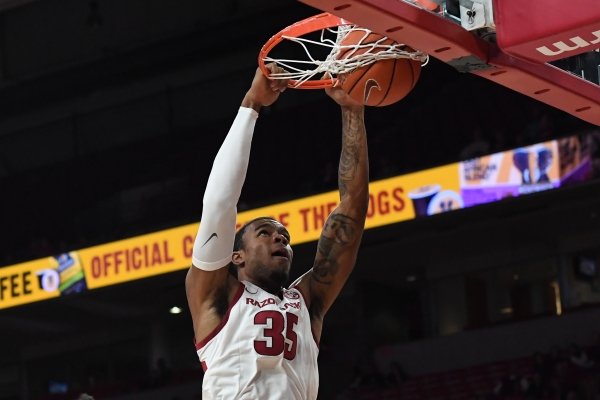 Chaney, who entered the NCAA’s transfer portal early last week, has committed to Houston, according to a post to his Twitter account. He will have two seasons of eligibility with the Cougars.

“These past two years being an Arkansas Razorback have been a wonderful experience,” Chaney wrote. “Thank you to all the Razorback fans for your unconditional love and support. It has truly been a pleasure to play at Bud Walton Arena.

“Excited to see what this next chapter has for me!”

Houston finished the 2019-20 season at 23-8 overall and 13-5 in American Athletic Conference play. The Cougars, which finished ranked No. 22 in the final Associated Press Top 25 poll of the season, are coached by Kelvin Sampson, who is entering his seventh year leading the program.

Chaney was a three-star prospect, according to 247 Sports, out of Findlay Prep in Nevada. He initially chose Arkansas over scholarship offers from TCU, Texas A&M, Wichita State and DePaul.

The Tulsa, Okla., native is the second Razorbacks player to transfer from the program since season's end, joining point guard Jalen Harris, who landed at Georgetown in April.

Per NCAA rules, Chaney will sit out the 2020-21 season unless he requests and is granted a waiver for immediate eligibility.