A look at former Hogs on MLB 60-man rosters 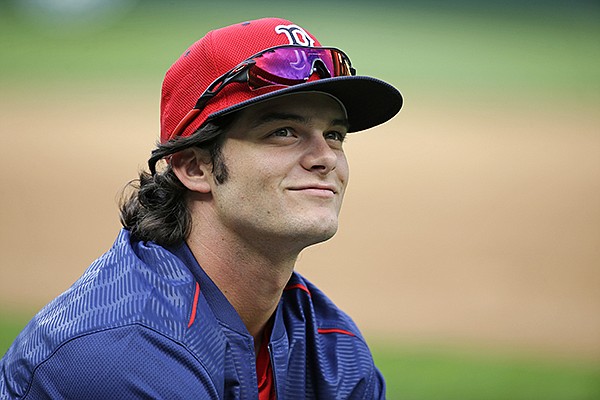 Boston Red Sox outfielder Andrew Benintendi looks around Safeco Field as he warms up before batting practice prior to the team's baseball game against the Seattle Mariners, Tuesday, Aug. 2, 2016, in Seattle. (AP Photo/Ted S. Warren)

Fifteen former Arkansas baseball players were included in 60-man player pools submitted by MLB teams on Sunday ahead of the opening of summer camps this week.

Only players in the 60-man player pool are eligible to be called up to the major leagues this season. However, players can still be added or removed to the 60-man roster at a later date by injury, trade or other transaction.

While 30 players will make up the initial Opening Day roster for each team, the other 30 will remain at an alternate training site, which will likely be a ballpark of one of the club’s nearby minor league affiliates.