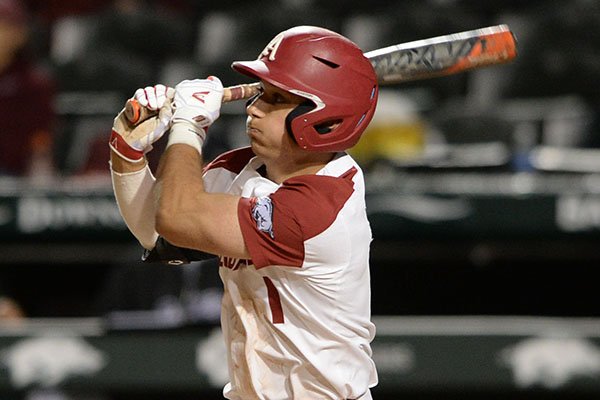 Moore, the Arkansas second baseman, was named the SEC's co-freshman of the week along with Ole Miss' Hayden Dunhurst. It was the second time in five weeks of the shortened season that Moore was recognized by the conference office. He was the league's player of the week following the second week of the season.

In two games last week against Grand Canyon, Moore was 5-for-9 with 3 RBI and a run scored. In the series finale Moore helped turn a 5-4-3 double play for the final out.

It might have been the final out of the season for the Razorbacks, who improved to 11-5 with a sweep of GCU. The SEC suspended play the following day because of the growth of coronavirus and NCAA canceled the postseason, including the College World Series.

Moore, who graduated high school early and won't turn 18 until the end of the month, was batting .317 with 2 home runs and 17 RBI at the time of the suspension in play.

He also had two doubles and was slugging .444, and with eight walks and a hit by pitch Moore had an on-base percentage of .403.