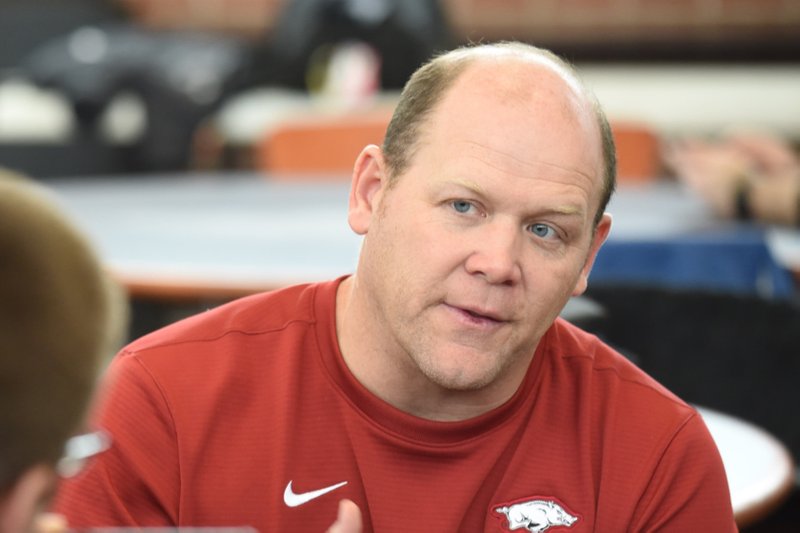 The contract adjustments were discovered through an open records request.

During a March 12 speech at Cross Church Pinnacle Hills, Arkansas head coach Sam Pittman said Davis had been offered a job by Texas A&M, where he was once a graduate assistant, and that Odom had been offered a defensive coordinator job by another SEC program, but did not specify which one.

LSU, Ole Miss, Mississippi State and Vanderbilt have filled defensive coordinator positions since Odom, the former Missouri head coach, was hired by the Razorbacks on Dec. 13. Davis was on Odom’s staff at Missouri and was Pittman’s first hire at Arkansas.

“I think at that point, you’ve hired good men and they’re going to give you an opportunity to keep them,” Pittman said March 12 of Davis and Odom being approached by other programs. “So that’s what I did.”

As Arkansas’ newly-hired offensive line coach in 2013, Pittman received an annual pay raise from $275,000 to $500,000 and a two-year contract extension after Alabama showed interest in hiring him. Neither Odom, who is under contract for three years, nor Davis (two years) received extensions.

With the pay raises, Arkansas will pay its 10 on-field assistants a combined $5.225 million annually in Pittman’s first year. That is the highest cumulative total ever for a Razorbacks staff, and a 6.3 percent increase over last season when Chad Morris’ staff was paid $4.915 million.