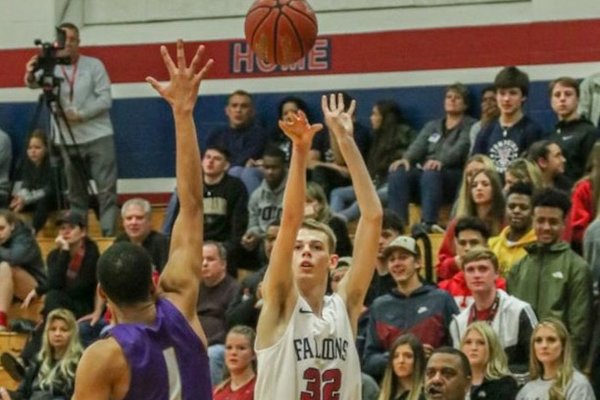 FAYETTEVILLE — Katy (Texas) Tompkins forward Bryson Morehead (6-8, 170) has agreed to walk on to the Arkansas basketball team next season.

Morehead shot 51 percent from 3-point range this past season for Tompkins and chose to walk on at Arkansas over Tulsa and other programs.

“I am a stretch 4 that shoots the basketball pretty well,” noted Morehead, who was recruited by Razorbacks assistant Clay Moser. “I play hard on both ends of the floor, run the floor well and block shots. I am really excited about coming to the University of Arkansas.

“We just started to play better team basketball, came together as a team and went on a pretty good run,” Morehead said. “We ended up making it to the Class 6A regional quarterfinals. It was a fun season.”

Morehead’s best days are ahead of him, according to Tompkins coach Bobby Sanders.

“He is not going to be ready to play for them right away, obviously, and that’s why he is walking on,” Sanders said. “But he is getting better. This was his lone year on varsity and he was really, really helpful in our success. He was our sixth man, but ended up playing well over half of the game.

“He shot a really, really high percentage and at his size that was really valuable. I know that he will be really helpful to them in practice. He will be a spot-up shooter that can mimic the other team’s best shooters. He has a knack for blocking shots and a lot of length.”

Knight has played for the Houston Hoops AAU organization and would be teammates with Magnolia sophomore star and Razorbacks 2022 offer Derrian Ford (6-3, 195) if that season is played this summer.

Knight, who started as a freshman, missed several games in January due to a dislocated knee, but was able to get back in time for the playoffs.

“He is going to be one of the best shooters that I have ever coached,” Sanders said. “He is long at 6-4 and athletic, but it is his shooting that sets him apart from others.”