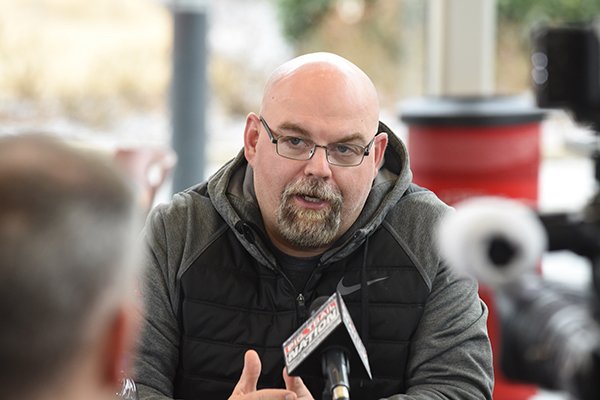 "Evidence of that is he broke two face masks in one game last year striking people," his high school Coach Rob Stowe said.

After he broke his first face mask in the 49-0 victory over Charlton County, Thrower used a helmet of a junior-varsity player. A contingency plan was put in place after he broke that face mask as well..

"We had to keep an extra helmet ready after that," Stowe said.

It came in handy when Thrower broke a third face mask later in the season. Stowe said he's had only three other players break face masks during his 25-year coaching career.

"But that guy did it three times this past season, and he's so good we can't afford not to have him," Stowe said of Thrower. "You're like, 'Don't quit being physical, Martez.' We just have to figure out how to get Schutt or Riddell to make a helmet that doesn't get broken.

"He will strike you better than any player I've been able to coach in my 25 years."

Stowe has coached other prospects who signed with SEC schools.

"We had a kid sign with Auburn this past year, and had a couple of kids at Georgia," Stowe said. "Martez stands out even above them in terms of a physical, knock-your-head-off kind of guy."

"My level of interest is real high," said Thrower, who has a 360-pound bench press and 475-pound squat. "Arkansas is definitely going to be in my top 10 once I get to know all of the coaches."

An avid hunter and fisherman, Thrower said he and Rhoades have things in common.

"He's a pretty cool guy," Thrower said. "He's kind of similar to me. Both of us are quiet. We have a really good connection outside of football. He likes to do stuff I like to do. He said he likes to hunt and fish."

"They told me all the stuff I could do because I like going outdoors," he said. "I'm not an inside person."

He also had 34 carries for 348 yards and 4 touchdowns, and 5 receptions for 85 yards and a touchdowns as a junior.

"He gets about five to six touches a game on offense," Stowe said.

But football is not the only area where Thrower excels.

"He's a better person," Stowe said. "He's a 'yes sir, no sir' kid. A very humble person. In this day and time on social media -- I'm not knocking what kids do when they put out a top 10 or whatever -- but that's not Martez Thrower. He could care less about that kind of stuff."

"A good defender who played safety and linebacker," Lemming said. "Undersized but fast. Quick to the ball, a playmaker."

Thrower hopes to visit schools once the NCAA lifts the dead period that's been in place since March 13.

"I would say Mississippi State, then I would come up to Arkansas," Thrower said. "Then I would say Nebraska, Colorado, Georgia Tech and Troy."

He's looking for a school that can help him network for success after football.

"Connections of colleges when football is done and if the NFL doesn't work out," he said. "I want to make some place home."