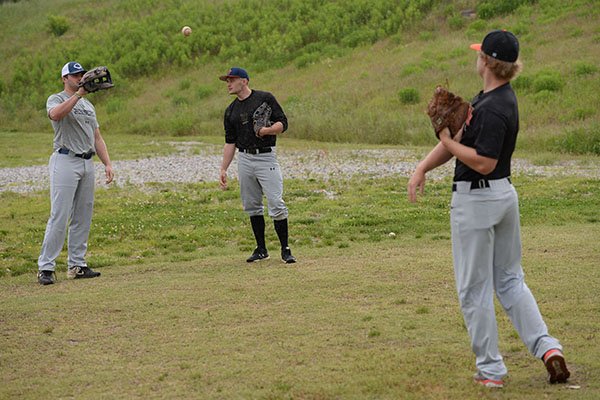 Are there better words for what’s happening Monday than “Perfect Timing” baseball?

The answer is no, especially when team sports have been suspended for nearly three months.

While Major League Baseball haggles over contracts and other issues, local action returns Monday when the Perfect Timing College Baseball League begins a five-week season at Tyson Park in Springdale. The teams are comprised of high school and college athletes from around the area, including Tulsa, and a number of Arkansas Razorbacks.

Sports are needed now more than ever, and not just for entertainment. Nothing brings people of different racial and ethnic backgrounds together like sports, the true melting pot of our society.

The country is angry, and rightly so, after the release of a video that showed a police officer in Minnesota with his knee on the neck of George Floyd, who later died. Floyd’s death led to protests, that led to lawlessness and chaos in large cities across America. There are plenty of problems that have to be addressed. But if there’s ever been a need for a temporary diversion from the issues, it is now.

“I can not wait,” said J.T. Baker, who owns Perfect Timing and is the owner of the summer collegiate league.

Gov. Asa Hutchinson announced during his daily covid-19 news conference on May 21 that sports with limited contact such as baseball, softball, golf, track and field, cross country, tennis and bowling can resume on June 1. Hutchinson said team sports such as basketball and football, where there is closer contact, are still prohibited, although those athletes can work out in smaller groups.

Players in the college league and coaches are expected to follow the guidelines from Gov. Hutchinson and the Arkansas Department of Health.

“We’re going to have hand sanitizers in a number of locations, and we may have to have restrictions on the number of fans per venue,” Baker said. “With the open space around the fields, fans could be able to watch games and still practice social distancing.”

Social distancing will be a priority Monday when high school football teams across the state begin workouts. Monday will mark the first time many coaches will see their players other than in Zoom or Google Classroom sessions on the Internet.

Coaches will learn quickly this week how many players have continued to work out on their own and how many have slacked off during the long shutdown over concerns about the spread of covid-19.

“Some of them, I’m sure, are going to be out of shape,” Greenwood coach Chris Young said. “That’s why we’re going to spend a lot of time without the football on weight training and conditioning.”

Hutchinson and the Arkansas Department of Health will monitor behavior before issuing additional directives on team sports by the end of the June. That makes it imperative that guidelines are followed by participants and fans alike.

A scene like the pool party at Missouri’s Lake of the Ozarks, where people were crammed together with blatant disregard toward social distancing, won’t cut it. It’s up to us, as people who love sports, to do our part.

Otherwise, we’ll be back to watching axe-throwing contests or reruns of Big East basketball games from the 1980s on TV, and no one wants that. No one wants to see again what happened over the weekend with police cars being burned and businesses being looted.

That’s why I choose to tap out for a few hours from reality Monday and watch some live sports. So, welcome back baseball and the boys of summer.

Your timing is perfect.