Former Arkansas staffer to be AD at Louisiana Tech 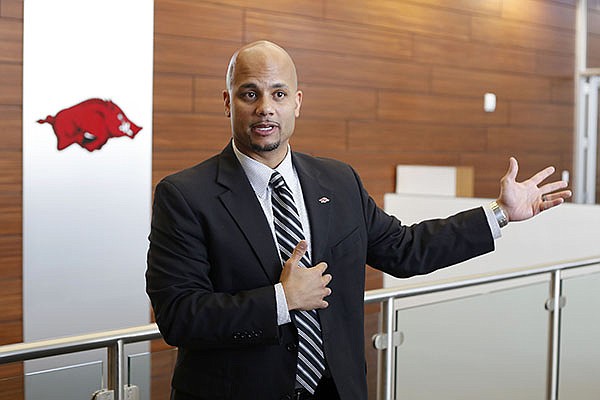 FAYETTEVILLE — A former Arkansas associate athletics director has been hired to lead the athletics department at Louisiana Tech.

Eric Wood will be introduced as the Bulldogs' athletics director Friday, according to a press release. At Louisiana Tech, Wood will replace Tommy McClelland, who left for a deputy AD role at Vanderbilt last month.

Wood spent seven years working in the Razorbacks' athletics department from 2009-16, and in his final year earned a doctorate in sports management from Arkansas. He served in several roles during his time with the Razorbacks, including as a sport administrator for men's golf and on the design team for the Jones Center, a $23 million, 55,000-square-foot academic, dining and nutrition center for athletes.

Wood is in his fifth academic year working at Central Florida. In 2019 he was included by College AD in the publication's "NEXT UP" class, which identifies administrators who are ready to become athletics directors.