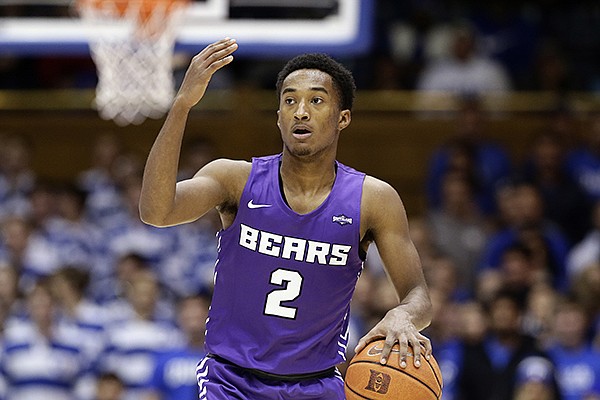 FAYETTEVILLE — Anthony Boone took on the University of Arkansas as an Ole Miss basketball player eight times and broke even.

Now Boone will get to go against the Razorbacks as a coach.

Boone will bring his University of Arkansas team into Walton Arena to play Arkansas on Dec. 12, the schools announced Thursday.

A source said Arkansas and UCA also will play in women’s basketball this season. An announcement on that game is expected in the next few days.

Arkansas Coach Eric Musselman said playing UCA is good for both programs and will help promote basketball in the state.

“I think any time it can be a win-win for both sides, that’s always what you want,” Musselman said. “To me, it’s just the right thing to do, and it makes a lot of sense.”

The Razorbacks played the University of Arkansas at Little Rock in an exhibition game last season when Nolan Richardson Court was dedicated at Walton Arena. The Razorbacks beat the Trojans – who are coached by former Arkansas All-American Darrell Walker – 79-64. UALR went on to win the Sun Belt Conference championship.

“I loved playing Little Rock last year,” Musselman said. “Even though it was an exhibition game, we knew that Darrell would have them really well coached. And playing that game helped us get off to a great start [12-1].”

“It’s really surprising to hear that number, that it’s been that long since UCA played Arkansas,” Bears Athletic Director Brad Teague said. “I’m just excited really for our state, and I’m proud of the U of A for being willing to do it now.

Razorbacks Athletic Director Hunter Yurachek announced in June that Arkansas would expand its policy of playing in-state colleges to include Arkansas State University and UCA.

Arkansas ended a long-standing policy of not scheduling in-state schools when the Razorbacks played UALR and the University of Arkansas-Pine Bluff — sister institutions in the UA system — in some sports in 2019.

Arkansas and UCA originally were not scheduled to play in basketball this season, but that changed when the NCAA postponed the season’s start to Nov. 25 and reduced the number of total regular-season games from 31 to 27 because of the coronavirus pandemic.

“We started hearing from Arkansas in late September about scheduling a game, and we finally settled on a date,” Boone said. “I think it’s great for us to make some modern history and be the first team from UCA to go up to Fayetteville and play in more than 70 years.”

Musselman said working with UCA’s staff to finalize the game was a good experience.

“It was a really, really easy dialogue back and forth to set the game up,” he said. “They really wanted to do it, and we’re glad to make it happen.”

“I might talk to our guys a little about those games,” Boone said with a laugh. “It certainly was fun playing against Arkansas.

“Any time anybody asks me about the hardest place to play in the SEC or the loudest fans, I always say it was there in Fayetteville.

“The fans there at Arkansas have always been very passionate. It was the toughest place to play, as far as the environment goes, in the SEC. Watching some Arkansas games on TV in recent years, I don’t think any of that has changed. They’ve still got great fans.

“With covid now, I expect the fans to be limited, but it’s still going to be a very tough game. It’ll be the toughest environment we’ll probably face all year long. Which will be great for us.”

The Razorbacks go into the season with 10 newcomers.

“Coach Muss is a great coach and their team is going to be primed and ready to go,” Boone said. “It’s going to be a serious challenge for us to be able to go in and play with those guys.”

UCA is one of two non-conference opponents for Arkansas to be announced. The Razorbacks will play at Oklahoma State on Jan. 30 in the Big 12/SEC Challenge.

The Bears open the season at Ole Miss on Nov. 25 as part of four-team event hosted by the Rebels. UCA plays Arkansas State on Nov. 26 and Jackson State on Nov. 27.

Teague thanked Boone and his staff for being able to work out a date to play at Arkansas.

“All the credit to Anthony and his staff making it happen,” Teague said. “They’re updating me weekly, sometimes daily, about what’s happening with our schedule after losing the first two weeks of the season and trying to figure out what the games would be.

“We need to play Arkansas any time we can. So I’m proud they were able to work that out.”