Old friends committed to Arkansas ready to get reacquainted 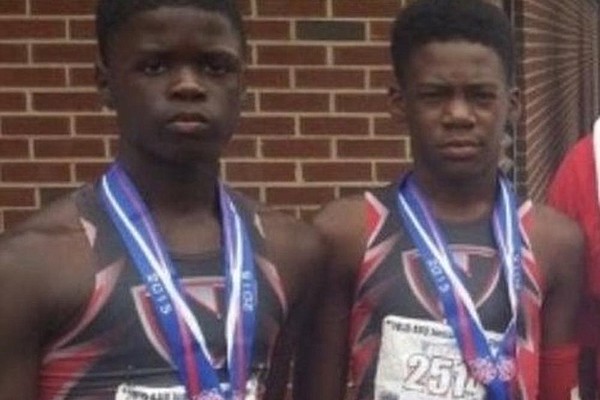 Receivers Ketron Jackson (left) and Jaedon Wilson, who have been friends since middle school, will be roommates next year at the University of Arkansas. (Photo courtesy Jaedon Wilson)

Highly regarded receivers Ketron Jackson and Jaedon Wilson will bring their long friendship to the University of Arkansas next year as roommates.

The Arkansas commitments have known one another since middle school and have run AAU track together while staying in touch through high school.

Jackson, 6-2, 185 pounds, 4.4 seconds in the 40-yard dash, of Royse City, Texas, joined Wilson as an Arkansas pledge last week when he chose the Hogs over scholarship offers from Texas, Alabama, Baylor, Auburn, Texas A&M, LSU, Ohio State and others.

He cherishes the chance to be teammates and roommates with Wilson.

“That is special, a long-time friend like that and you get to play football together,” said Jackson, who caught 61 passes for 889 yards and 6 touchdowns as a junior. “That’s pretty big in my eyes.”

Wilson, 6-3, 173, of DeSoto, Texas, chose the Razorbacks over Missouri, Nebraska, Utah, California, Oregon State, Louisville, UCLA, Indiana, Kansas and others on June 2 and has been in Jackson’s ear ever since about being a Hog.

“He needed to make that move,” said Wilson, who had 28 receptions for 520 yards and 6 touchdowns as a junior.

“You have to give it up to Coach Stepp, Coach Briles and Coach Pittman,” Wilson said. “They really went after him hard.”

A 3-star plus recruit by Tom Lemming, Wilson said he felt confident his friend would pledge to Arkansas in August. He revealed his spiel to Jackson.

Jackson and Wilson are hyped about the future.

“He wanted me to be by his side and we could both help turn Arkansas around and now that’s actually happened and I made that move, he’s very excited for me and I’m very excited for him,” Jackson said.

Their personalities are much the same and has contributed to them being close friends.

“He’s cool, we get along easy,” Wilson said. “We’re not outspoken. We just clicked automatically. We’re both cool and chilled.”

A common theme led them to Fayetteville. Their relationships with Stepp was a major reason for them wanting to be Razorbacks.

“Man, Coach Stepp is a great person to me,” Wilson said. “I feel like he’s a real person overall. If I had to say the best coach out there recruiting me during the process, it would have to be Coach Stepp. I feel the energy from him. I feel like he’s going to help me through whatever I need when I get up there.”

Jackson, a 4-star prospect by Tom Lemming, said Stepp is top notch as a person and coach.

“I haven’t actually been coached by him, but as a life coach and as a football coach, I think he’s probably a top tier, one of the best coaches,” Jackson said. “There’s not many coaches you see that recruits you almost every day and checks up on you and wants to be there for you. He talked about Jaedon to me and he sees Jaedon and me as a prefect fit.”

Wilson is looking forward to the pair making an impact in Fayetteville.

“We’re about to go up there and be ourselves and turn up,” he said.