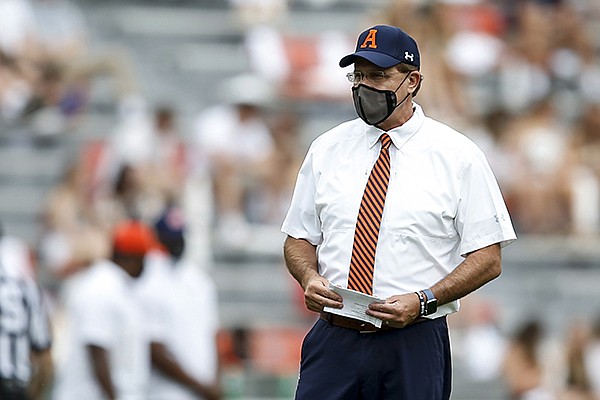 FAYETTEVILLE — Arkansas' Oct. 10 game at Auburn has been scheduled to kick off at 3 p.m. on SEC Network.

The Tigers are ranked No. 7 in this week's Associated Press poll following a 29-13 victory over Kentucky in the season opener. Auburn is scheduled to play at No. 4 Georgia this week.

The Auburn game will pit the Razorbacks against their former head coach, Chad Morris, who is in his first season as the Tigers' offensive coordinator. Morris was fired at Arkansas last November after compiling a 4-18 record in less than two full seasons.

Auburn has won four straight games over Arkansas by margins of 53, 32, 31 and 41 points. The Tigers have won six of seven games in the series since Gus Malzahn, a former offensive coordinator for the Razorbacks, was hired as Auburn's head coach.

Arkansas' next two games are on the road against ranked teams. The Razorbacks are scheduled to play at No. 16 Mississippi State on Saturday at 6:30 p.m.